Just under three hours until kick-off in the first Champions League semi-final between champions of Italy Juventus and defending European champions Real Madrid in Turin. Former Real Madrid keeper Bodo Illgner believes criticism of Gareth Bale this season has been unfair. Illgner, who played when Real beat Juventus in the 1998 Champions League final, adds: “If he’s not 100% fit that’s a very big issue for him. But he made a very good impression in the last match at Seville so I think he will start tonight and will have a good performance. “He’s shown what’s capable of for Real Madrid in the cup final and the Champions League final last season.”

Former world number one Tiger Woods admits he has had a “brutal” three days following the split with girlfriend Lindsey Vonn. On Sunday the high-profile couple announced they had “mutually decided to end our relationship”. The timing was not great for Woods, coming on the ninth anniversary of the death of his father Earl, and as a result he has had trouble sleeping. “Obviously it does affect me. It’s tough. These three days have been brutal on me,” said the 39-year-old at his press conference ahead of this week’s Players Championship, his first appearance since the Masters a month ago.

Chelsea midfielder Oscar has suffered a training ground injury which has ruled him out of this summer’s Copa America in Chile, Brazil coach Dunga says. “Oscar got an injury in his last training session with Chelsea, we spoke with (Chelsea manager Jose) Mourinho and the doctor at Chelsea and his recuperation will take time and he won’t be at his best during the Copa America,” Dunga added. “After the Copa America we have the World Cup qualifiers, and we thought it best for him to be ready for the qualifiers.”

Juventus host Real Madrid in the first leg of their Champions League semi-final on Tuesday looking to reach their first final since 2003. The Old Lady secured their fourth straight Serie A title at the weekend so will go into the tie full of confidence and are now able to focus solely on their bid for a third Champions League triumph. Their last victory came when a team containing the likes of Alessandro Del Piero, Fabrizio Ravanelli and Didier Deschamps beat Ajax on penalties in the 1996 final. Meanwhile, Real Madrid have won the famous trophy on four occasions since then including last year after a 4-1 win over neighbours Atletico Madrid after extra time in the final – and are bidding to become the first team in the Champions League era to retain the trophy. They required a late winner from Javier Hernandez to reach this stage though. The Mexican’s goal at the Bernabeu was all that separated Real and Atletico after 180 minutes.

END_OF_DOCUMENT_TOKEN_TO_BE_REPLACED

Manny Pacquiao could face disciplinary action from Nevada boxing officials for failing to disclose a shoulder injury before his fight with Floyd Mayweather Jr. The Nevada state attorney general’s office is to investigate why Pacquiao ticked ‘no’ a day before the fight on a commission questionnaire asking if he had a shoulder injury. “We will gather all the facts and follow the circumstances,” said Nevada Athletic Commission chairman Francisco Aguilar on Monday. “You want to make sure fighters are giving you up-to-date information.” Pacquiao could be fined or suspended for not answering the question accurately on the form he filled out himself just before Friday’s weigh-in. He went on to lose a unanimous points decision to Mayweather in the richest fight ever. He is also expected to undergo surgery later this week to repair a “significant tear” in his rotator cuff (shoulder muscles), according to Los Angeles orthopaedic surgeon Dr Neal ElAttrache, who examined Pacquiao on Monday.

END_OF_DOCUMENT_TOKEN_TO_BE_REPLACED 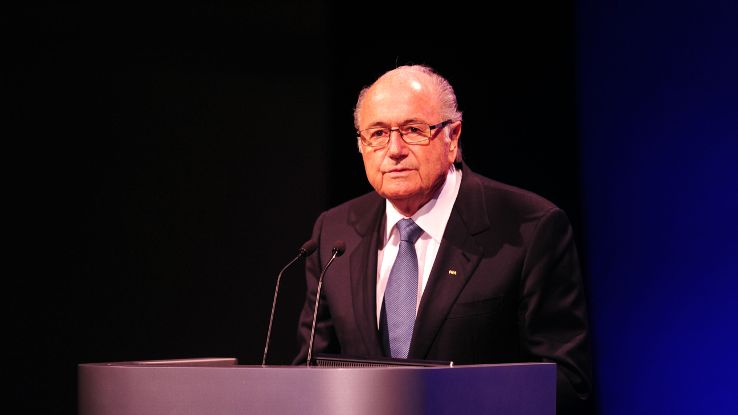 The Palestinian Football Association is seeking the suspension of Israel from world football. A proposal to that effect has been included on the agenda for FIFA’s annual congress in Zurich and would need a 75% majority to succeed. Palestine has complained that Israel has continued to hamper its football activities through restrictions on the movement of their athletes between the Gaza Strip and the Israeli-occupied West Bank. Israel cites security concerns for restrictions it imposes but says it has eased travel for Palestinian athletes between the territories. It is unlikely to succeed after FIFA president Sepp Blatter said last month he opposed the move, which needs three-quarters of votes to pass if a ballot is allowed. Palestinian officials insist Israel’s football federation should be punished for restrictions imposed by security forces which limit movement of players, opposing teams and equipment. Earlier in the meeting in Zurich, Blatter — who met several times in recent weeks with Palestinian football leader Jibril Rajoub — is scheduled to update on his mediation between the two federations. Talks began in 2013. Blatter said ahead of meeting Rajoub in Cairo last month that suspending a member “is always something which harms the whole organization.” FIFA suspensions prevent a member’s national and club teams taking part in international matches and meetings, and block FIFA funding.

Prince Ali Bin Al-Hussein would consider withdrawing from the FIFA presidential election to allow a single candidate to challenge Sepp Blatter. The Jordanian is currently standing against Blatter, Michael van Praag of the Netherlands FA and former Portugal international Luis Figo. “The important thing is that we support the person who has the best chance of making a change in FIFA,” he said. “At some point there will be a discussion about that.” Blatter, 78, is seeking a fifth term as president, with FIFA’s 209 member associations set to vote in the election on 29 May. Prince Ali, an outgoing member of the governing body’s executive committee, believes they could be faced with a straight choice between two candidates. Speaking to the BBC’s World Football programme at the Soccerex convention in Jordan, he added: “I have tremendous respect for both the [other] challengers. “We all have our different approaches but I think we have one common goal and that’s about the need for change in FIFA. “It’s never about one person and that’s been the case for me from the very beginning.”