The FIFA Council has agreed on a proposed slot allocation for the 48-nation World Cup, which begins with the 2026 edition. According to a report published on the world football governing body’s website, the Council which comprises of the FIFA President Gianni Infantino and the presidents of the six confederations (CAF,​ ​AFC, CONCACAF, CONMEBOL, OFC, UEFA), reached the agreement on Thursday. UEFA will get 16 direct slots while the Confederation of African Football (CAF) will get nine direct slots. Asian Football Federation will get eight direct slots, while the Oceania Football Confederation gets one slot. North and Central America’s CONCACAF and South America’s CONMEBOL are allotted six direct slots respectively. “The recommendation will now be submitted for the ratification of the FIFA council, whose next meeting is scheduled for 9 May in Manama, Bahrain, two days prior to the 67th FIFA congress,” FIFA stated.

A former coach of the Nigerian senior national team, Super Eagles, chief Paul Hamilton, is dead. Hamilton who also coached the Super Falcons had battled several ailments that led to the amputation of his leg at the Lagos University Teaching Hospital earlier this year. He died at the military hospital on yesterday at the age of 75.

Lionel Messi has been banned from Argentina’s next four World Cup qualifiers, starting with Tuesday’s game in Bolivia. Messi was banned for “having directed insulting words at an assistant referee” during a home qualifier against Chile on Thursday, FIFA said hours before kickoff in La Paz. “This decision is in line with the FIFA Disciplinary Committee’s previous rulings in similar cases,” the world soccer body said. Messi and the Argentine soccer federation can appeal against the ban to FIFA. Messi was also fined 10,000 Swiss francs ($10,160). FIFA intervened when the incident was not initially reported by the Brazilian referee after Argentina’s 1-0 win at Monumental Stadium in Buenos Aires.

END_OF_DOCUMENT_TOKEN_TO_BE_REPLACED

Tottenham midfielder Erik Lamela has been ruled out for the rest of the season because of a hip injury. The 25-year-old Argentina international has not played for Spurs since October because of the problem and will undergo surgery on Saturday. Tottenham said Lamela had “achieved a good level of function” but was not at a stage to make a return to training, leading to the decision to operate. “I tried everything to recover but my hip is still not 100%,” Lamela tweeted. “I can’t compete at the level I want to. I’ll face this challenge with a positive attitude and can’t wait to get back with the team and be stronger.” Lamela had made 14 appearances this season for Spurs before the injury. He joined Tottenham from Roma in 2013 and enjoyed a superb season last term, scoring 13 goals. Spurs are second in the Premier League, 10 points behind leaders Chelsea, who they also play in the semi-finals of the FA Cup.

Football fans have been questioning the resemblance of a statue of Cristiano Ronaldo unveiled on the Portuguese island of Madeira. Many on social media say the work looks more like former Republic of Ireland captain Niall Quinn than Ronaldo. The statue was revealed at a ceremony to name the island’s airport after him. Portugal’s president and the prime minister flew to the island to unveil the tribute to the player outside the terminal entrance. President Rebelo de Sousa said Ronaldo “projects Madeira and Portugal across the world far more than anybody else”. The 32-year-old is a local hero in Madeira, where he is seen as a rags-to-riches success. He already has a museum about him in his hometown of Funchal. The player later said on Twitter: “Happy and honored to have my name given to the Madeira airport!” 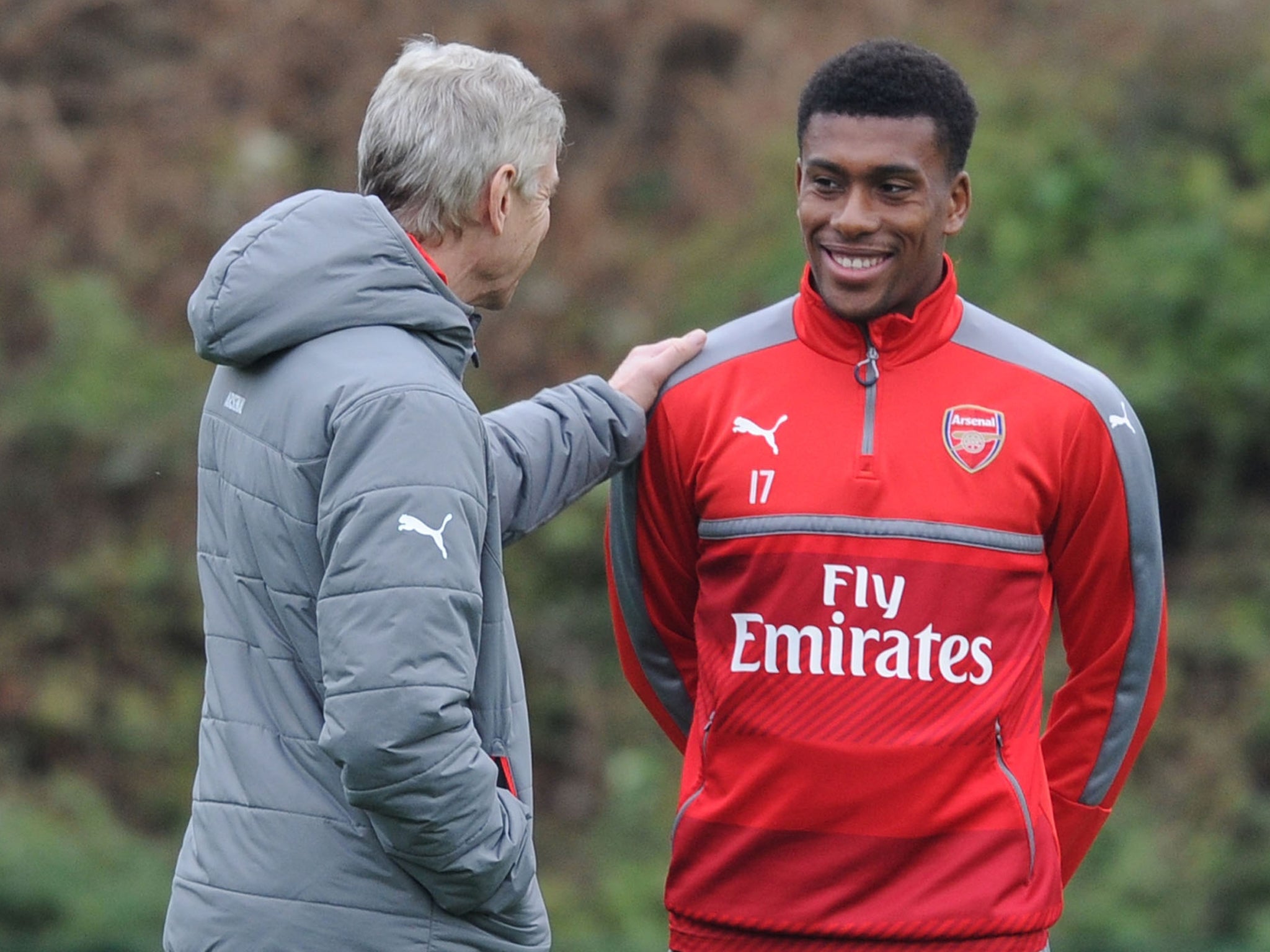 Arsenal forward Alex Iwobi wants Arsene Wenger to remain as manager and says criticism of the Frenchman is “unfair”. Wenger, 67, has been criticised by some fans after Arsenal slipped to sixth in the Premier League following four defeats in their past five games. A 10-2 aggregate loss to Bayern Munich in the Champions League added to the pressure and Wenger says he will make a decision on his future “very soon”. “He’s a great man in my opinion,” said Iwobi, 20. “I’d like him to stay.”

END_OF_DOCUMENT_TOKEN_TO_BE_REPLACED 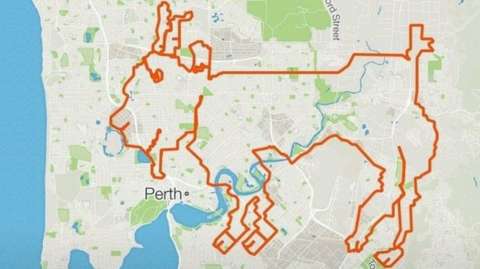 Four cyclists in Australia have used “GPS art” to turn a 202km (125-mile) ride into the outline of a goat around Perth. Why a goat? Because it was “an easy animal to draw” according to Ben Jones. “Apart from riding 200km, it’s relatively simple,” “You basically drop little dots on the road and it plans directions out.” 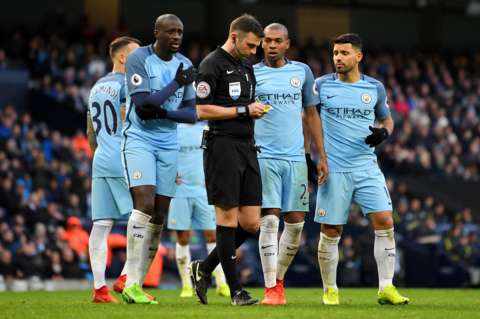 Tottenham midfielder Dele Alli has been banned for three European matches after being sent off against Gent at Wembley in the Europa League in February. Alli was dismissed for a challenge on Brecht Dejaegere in the 2-2 draw. Should Spurs secure a top-three Premier League finish, Alli would miss half of their Champions League group campaign.

The international friendly match between Nigeria and Senegal on Thursday ended in a 1-1 draw. There was however a poor turnout at The Hive Stadium in London, where the game was played. There was no goals in the first half, that saw the Super Eagles lose captain Ogenyi Onazi to injury. Fenerbahce’s Moussa Sow opened scoring in the second half, to give the Terranga Lions the lead. Kelechi Iheanacho equalized in the 83rd minute of the game. The Manchester City striker was brought down in the penalty area and the referee awarded a spot-kick, which he took himself. Gernot Rohr’s men will now take on Burkina Faso in their next friendly on March 27th. 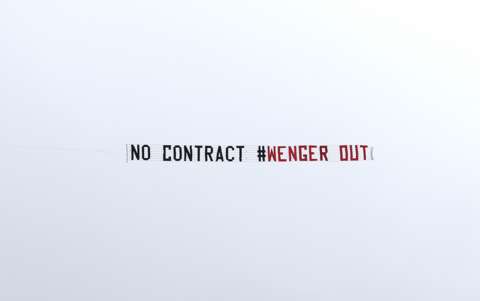 ‘NO CONTRACT #WENGEROUT’. That is the message being trawled along by a plane above the Hawthorns as West Brom host Arsenal for early kick off today. 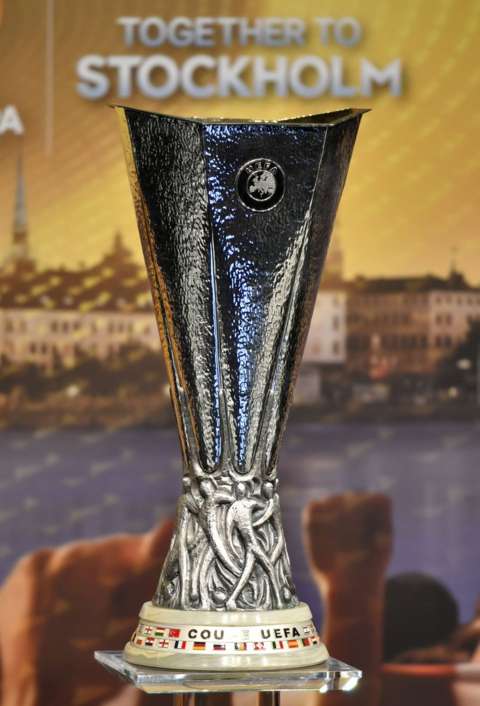 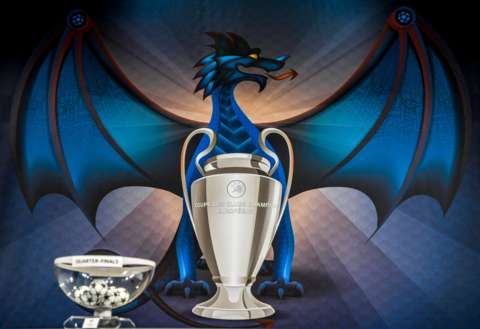 Madagascar Football Association chief Ahmad has been elected Confederation of African Football president, ending Issa Hayatou’s 29-year reign. Ahmad won 34 of the 54 votes in the election, which was held in Ethiopia’s capital Addis Ababa on Thursday. The result means a change in leadership for the first time since Cameroonian Hayatou took charge in 1988. Ahmad, who appeared very emotional, becomes only the seventh CAF president in the body’s 60-year history. The 57-year-old said afterwards: “I can’t talk at this time. Only one thing – I thank God, I thank my team. “We worked hard but we won. That was the first step. The second step is to develop African football. “Some days I thought I would win – today I didn’t (think I would win).” The result was greeted by cheers at the CAF congress as Ahmad was carried on the shoulders of jubilant supporters to the podium after the result was announced.

END_OF_DOCUMENT_TOKEN_TO_BE_REPLACED

London rivals Chelsea and Tottenham have been drawn against each other in the FA Cup semi-finals. Arsenal, who will play in a record 29th FA Cup semi-final, face Manchester City in the other last-four tie. Both semi-finals will be played at Wembley on the weekend of 22 and 23 April. 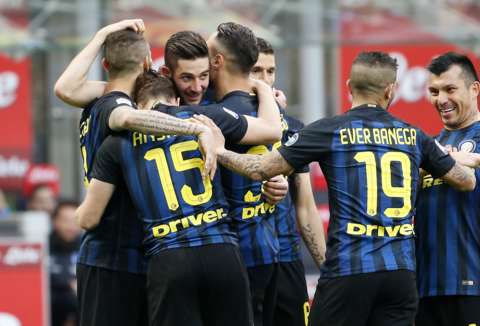 It’s not often you have two hat-trick heroes in one match, but that was exactly the case for Inter Milan, who thrashed Atalanta 7-1 in Serie A. Mauro Icardi and Ever Banega each scored three, with Roberto Gagliardini  adding the cherry on top. Captain Icardi scored his goals between the 17th and 26th minutes – including a chipped penalty. His fellow Argentine Banega scored twice in quick succession to make it 5-0 after 34 minutes. Remo Freuler pulled one back before the break, with Roberto Gagliardini netting for Inter and Banega scoring a 25-yard free-kick to complete his triple. Inter overtook Atalanta to move into fourth place in the league with the victory. 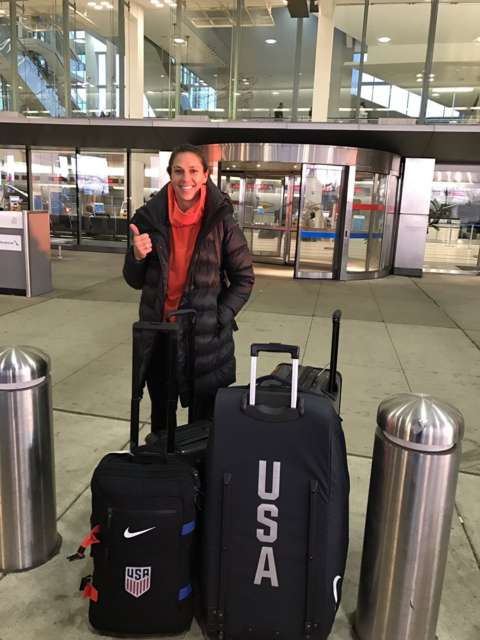 American Carli Lloyd, who scored a hat-trick in the final as USA won the 2015 Women’s World Cup, will be playing for English champions Manchester City Women this season and is on her way to England already. She tweeted: “Here I come @ManCityWomen!! Can’t wait to start this next chapter of my career. Looking forward to it. ✈” 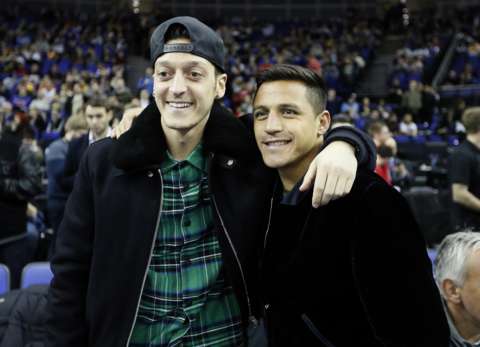 Arsenal duo Mesut Ozil and Alexis Sanchez are demanding wages that match  Paul Pogba’s £290,000-a-week salary at Manchester United, say reports in the London Evening Standard. Ozil is Arsenal’s highest paid player on £140,000 a week, with Sanchez on around £10,000 less. 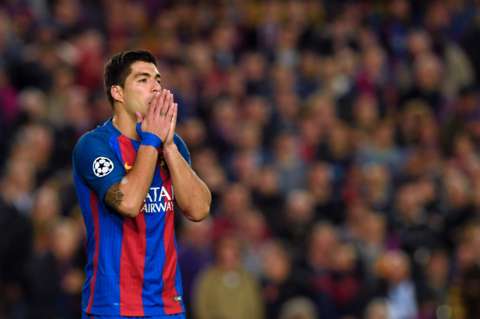 Barcelona’s history-making win over PSG in the Champions League has taken another dramatic twist. The Spanish champions were 5-3 down on aggregate in the 88th minute, but scored three goals in the final seven minutes in one of the greatest European games EVER.  A petition has been set up calling for the game to be replayed, and it’s already got over 200,000 signatures. The petition points to the fact that refereeing error gave Barca the day. But wait… there’s more. The petition was set up by a Real Madrid fan, who clearly wants to avoid Barca in the quarter-finals. 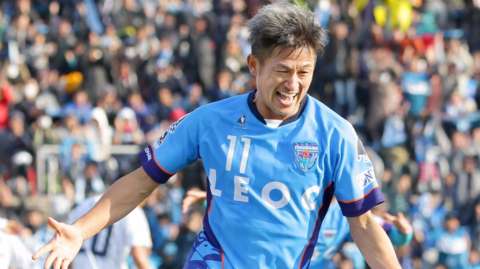 Kazuyoshi Miura has become the first 50-year-old player to score in the Japanese league. His goal for Yokohoma FC at 50 years and 14 days broke his own record. “I had the vibes of a goal. I was just trying to stay positive,” he said. FIFA couldn’t confirm if Miura is the oldest goal scorer in professional football.