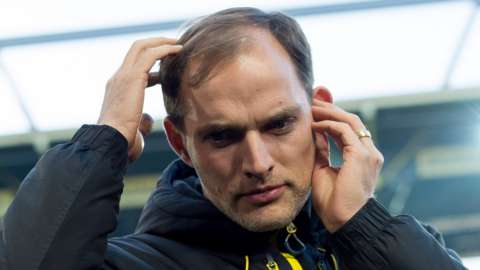 Borussia Dortmund boss Thomas Tuchel will have talks about his future at the end of the season, says chief executive Hans-Joachim Watzke. Tuchel has been in charge of the German club since Jurgen Klopp left in 2015. However, relations between Tuchel, 43, and Watzke have been strained since the Dortmund team bus was damaged by an explosion on 11 April. “We will sit down after the season and discuss how things will continue,” said Watzke.