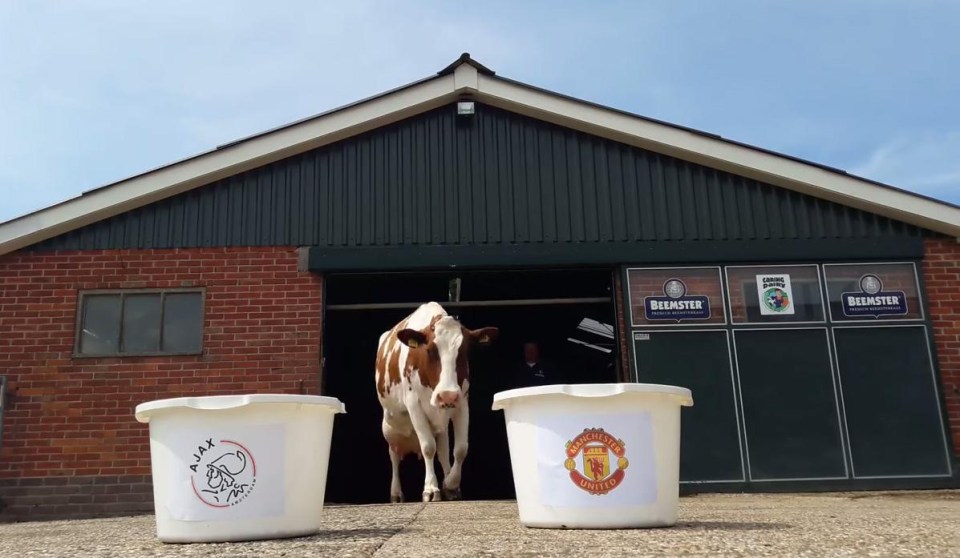 A cow famous in Holland for predicting the outcome of football matches has had its say on the Europa League final. And it’s bad moos for Manchester United fans after the freakishly accurate cow named Sijtje thinks Jose Mourinho’s side will endure defeat in Stockholm. The two European giants to head-to-head on Wednesday as they look lift silverware and book their spot in next season’s Champions League.

And ahead of the clash psychic Sijtje, who has a 85 per cent success rate, was let loose to predict who will be crowned Europa League champions. With two buckets laid out with each club’s emblem stamped on the front, the owner then fills each one up with food. Sijtje is then let out of its enclosure and whichever bucket it eats from first supposedly goes on to win the match. 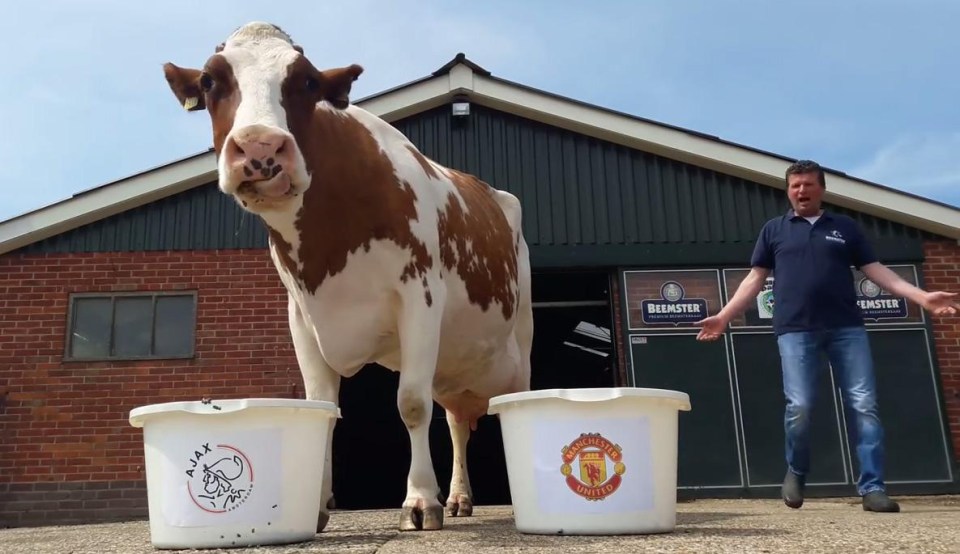 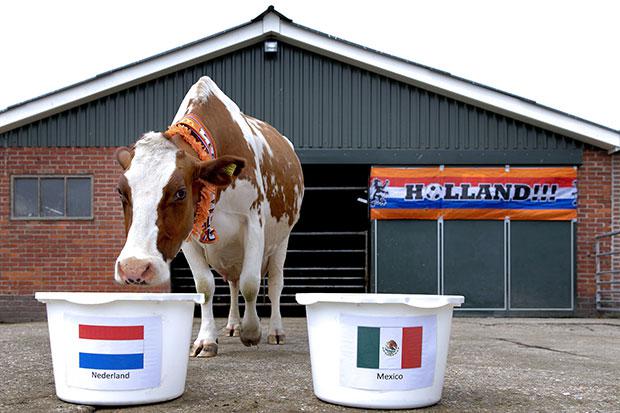