Barcelona midfielder and captain Andres Iniesta has signed a “lifetime contract” with the La Liga giants. The Spain international, 33, has made 639 appearances for the Catalan club – second on their all-time list – and scored 55 goals. Iniesta came through La Masia, the Barcelona youth academy, after joining in 1996 at the age of 12. He made his first-team debut in October 2002 and has won eight Spanish league titles and four Champions Leagues.

END_OF_DOCUMENT_TOKEN_TO_BE_REPLACED 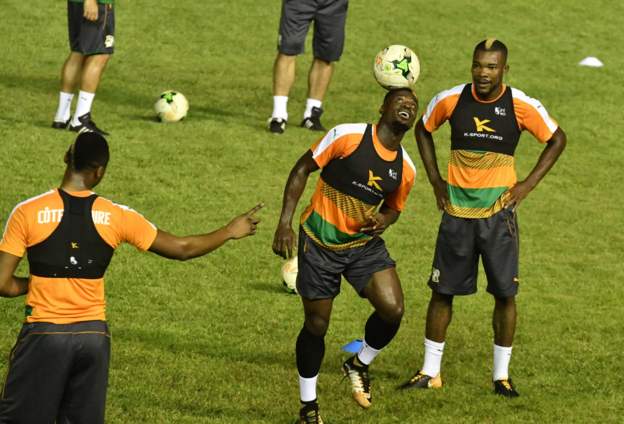 The Ivory Coast could move closer to World Cup qualification tonight if they win their tie away in Mali (8pm Nigeria time). The side have played in the last three tournaments and their squad currently includes five British-based players – Serge Aurier (Tottenham), Eric Bailly (Manchester United), Lamine Kone (Sunderland), Wilfried Bony (Swansea) and Jonathan Kodjia (Aston Villa). Ivory Coast have two qualifiers left and are currently one point clear of second-placed Morocco, who entertain Gabon tomorrow, with only the group winners advancing to Russia.

Nigeria could book their spots at next year’s World Cup in the penultimate round of African qualifiers this weekend. The Super Eagles can clinch a place in Russia with a win over visiting Zambia on Saturday. Nigeria will face second-placed Zambia in Uyo with their World Cup fate in their own hands. Zambia are they only side who can overhaul Nigeria at the top of Group B after Cameroon and Algeria’s World Cup chances were ended last month. The Nigerians, who are aiming for a third straight World Cup finals, won 2-1 in Zambia in October in the opening game of the group stage.

END_OF_DOCUMENT_TOKEN_TO_BE_REPLACED

England U21 boss Aidy Boothroyd admits he faces a fight to hang onto England young guns Tammy Abraham and Sheyi Ojo. Chelsea striker Abraham recently had to publicly reaffirm his commitment to the Three Lions after it was revealed he met the president of the Nigerian Football Federation, who is a friend of his father. The three-time African Champions are keen to persuade the pair to switch allegiance, which remains possible due to their family heritage. Both players can opt to represent the Super Eagles before they feature for England at senior level. Until then, Boothroyd expects the charm offensive towards the highly-rated Premier League duo to continue. Liverpool winger Ojo is out for three months with a dislocated shoulder suffered while on loan at Fulham. Abraham, who is spending the season at Swansea, hopes to lead the line as England Under-21s host Scotland in a Euro 2019 qualifier at Middlesbrough’s Riverside Stadium.

END_OF_DOCUMENT_TOKEN_TO_BE_REPLACED

The Brazil team including Gabriel Jesus, Neymar and Dani Alves recovered from their 0-0 draw against Bolivia at high altitude with oxygen tanks.