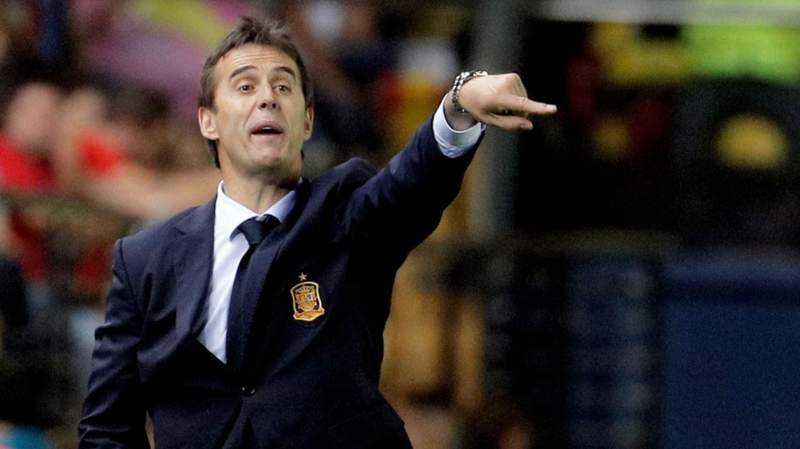 The Spanish Football Federation has just confirmed it has sacked Julen Lopetegui as manager, little more than 24 hours before the World Cup begins. Spanish Football Federation (SFF) president Luis Rubiales explains that the SFF only knew he was joining Real Madrid after the World Cup, five minutes before it was announced he would join the Champions League winners. “We have been forced to dispense with the national coach. We wish you the greatest of luck,” said Rubiales. “The negotiation has occurred without any information to the RFEF. Just five minutes before the press release. There’s a way to act that needs to be fulfilled.”

“It’s the Spanish team. You cannot do things this way,” added Rubiales. Rubiales insists the situation is “very complicated” but believes the coaching staff will “do everything in their power” to help Spain succeed at the World Cup. “I admire Julen a lot, I respect him a lot, I think he’s a top trainer and that makes it more difficult to make the decision,” said Rubiales. “I don’t feel betrayed. Lopetegui, while he’s been with us, has done impeccable work.
“I know it’s a very difficult situation. I know there’s going to be criticism whatever I do. “I’m sure this will, in time, make us stronger.”