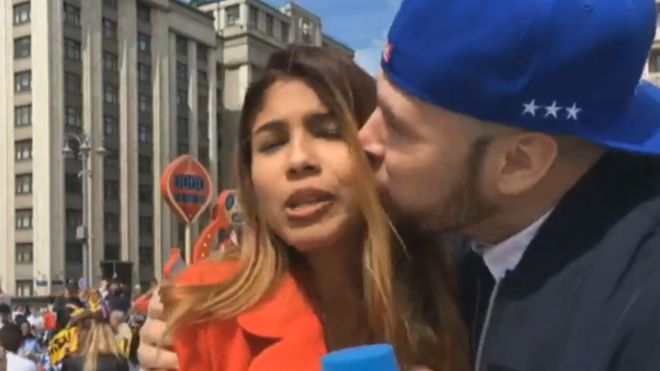 “We do not deserve this treatment,” Gonzalez Theran said. “We are equally valuable and professional.” She told her employer, Deutsche Welle, she had been on the scene for two hours preparing for the broadcast. “When we went live, this fan took advantage of the situation,” she said. “But afterwards, when I checked to see if he was still there, he was gone.” The incident happened last week in the city of Saransk ahead of the Russia-Saudi Arabia game. DW posted the footage on social media, calling it an “attack” and “blatant harassment”.