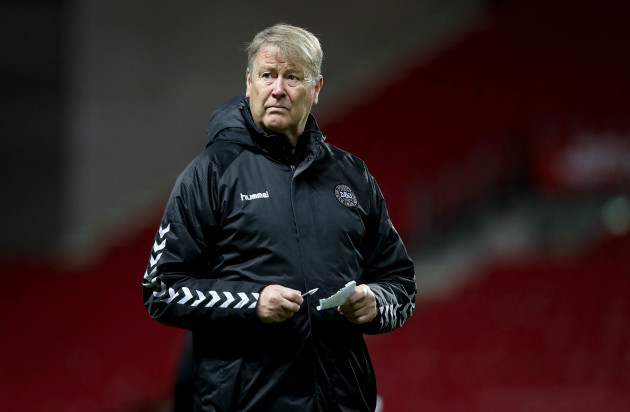 Denmark manager Age Hareide said video assistant referees are taking the “charm” out of the World Cup after Australia scored a debatable penalty to keep their last-16 hopes alive. Australia cancelled out Christian Eriksen’s fine opener when Mile Jedinak converted from the spot after Yussuf Poulsen’s handball in the area was penalised by VAR. The ball struck Poulsen on his trailing arm as he contested a header with Mathew Leckie. “I do believe it was a penalty but the whole issue with VAR is that there are people somewhere in Russia deciding to look at this situation because it looks like a penalty,” said Hareide.

“That is OK but there were other situations in the match where they should have stopped it to look at what actually happened but they are not doing that, so who decides? “Is it the referee on the pitch or someone watching in a dark room somewhere else? “To me, it was probably correct but it does remove a bit of the charm of football to have such a precise system. “I don’t know how it will work out for football in the long run.”