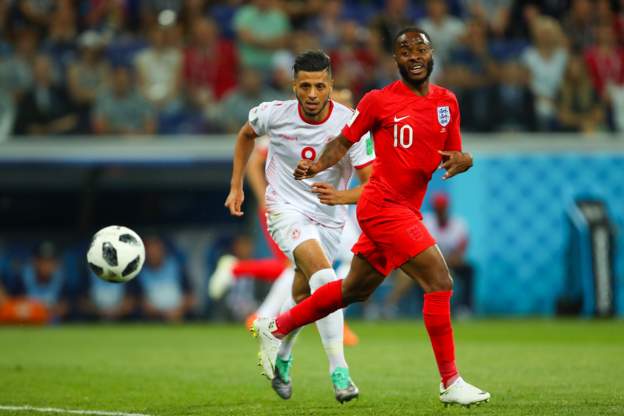 England winger Raheem Sterling says he no longer worries about the media “picking on him” because of his “bling” lifestyle. Sterling, 23, has frequently found himself at the centre of attention throughout his career, most recently for a tattoo of a rifle on his leg. That followed criticism for proposing to his girlfriend, purchasing clothes at high-street chain Primark, and even for buying his mother a house.

“Fifteen years ago, we were cleaning toilets and getting breakfast out of a vending machine,” says the Manchester City player of growing up in London with his mother and sister. “There’s a perception in certain parts of the media that I love ‘bling’. A few years ago, I would let it get to me. But now, as long as my mum and my sister and my kids don’t have any stress, I’m good.”