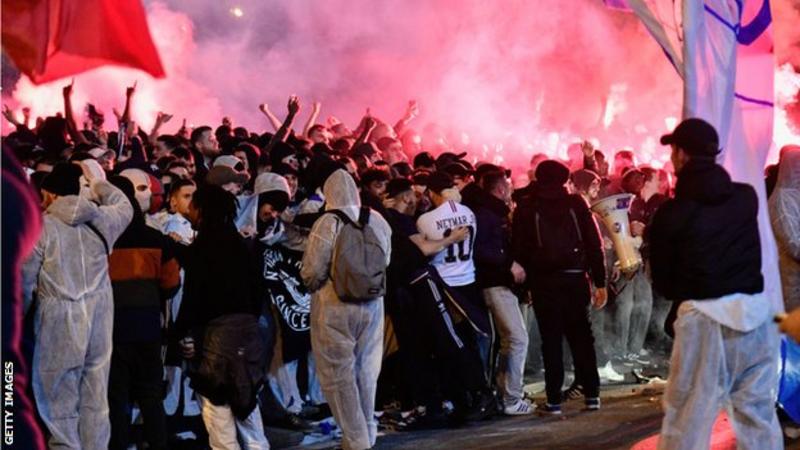 All Champions League and Europa League matches have been suspended “until further notice” by Uefa because of the global coronavirus pandemic. All national team games in June have also been postponed, including play-off matches for Euro 2020 – already postponed to 2021 – and qualifying matches for the Women’s Euro 2021. The European governing body’s 55 member associations met on Wednesday. The Premier League is suspended until at least 30 April.

The Euro 2020 play-offs are set to feature Northern Ireland, the Republic of Ireland and Scotland. Premier League clubs Manchester City and Chelsea are both still in the Champions League, while Manchester United, Wolves and Scottish Premiership side Rangers are all in the Europa League. The finals of the Champions League, Europa League and Women’s Champions League, all of which were scheduled for May, had already been postponed. While most leagues in Europe hope to finish their domestic seasons once restrictions on movement and social contact are lifted, Uefa president Aleksander Ceferin said last week the season could be lost if play does not start by the end of June. “If we don’t succeed in restarting, the season will probably be lost,” the Slovenian said. He told Italian newspaper La Repubblica: “There is a plan A, B and C. “The three options are to start again in mid-May, in June or at the end of June. “There is also the possibility of starting again at the beginning of the next [season], starting the following one later. We will see the best solution for leagues and clubs.” Ceferin says that playing remaining games behind closed doors would have to be an option across Europe. “It’s hard for me to imagine all the matches behind closed doors, but we still don’t know whether we’ll resume, with or without spectators,” he said. “If there was no alternative, it would be better to finish the championships.” A mini-tournament to decide the Champions League and Europa League is expected to be one option put forward to ease fixture congestion caused by the coronavirus crisis.