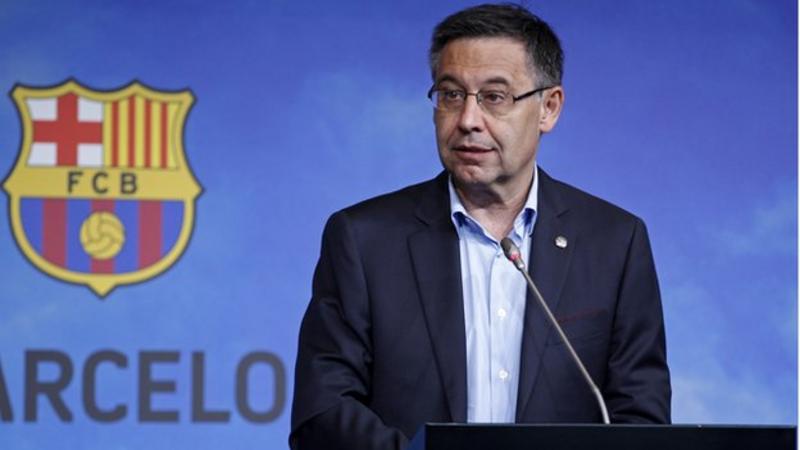 Six Barcelona board members have resigned and told president Josep Maria Bartomeu they are unhappy at how the club is being managed. In a joint letter, the six expressed concern over the financial implications of the coronavirus crisis for the club. They also criticised the handling of a scandal in February when the club were forced to deny hiring a firm to attack its own players on social media. And they called for Barca to call new presidential elections.

Emili Rousaud and Enrique Tombas – two of the club’s four vice-presidents – quit alongside four directors: Silvio Elias, Josep Pont, Jordi Calsamiglia and Maria Teixidor. “We have arrived at this point because we cannot reverse the way the club is managed in the face of important challenges in the future, especially in the post-pandemic era,” the six said in their letter. “We also want to show our displeasure over the unfortunate episode about the social media accounts, known as ‘Barcagate’, which we learned about through the press. “As our last act of service to the club, we recommend that elections are called as soon as circumstances permit so that the club can be managed in the best way possible and deal with the important challenges of the immediate future.” In response to the resignations, Barca said they have come about “due to a reorganisation of the board put forward by Bartomeu and which will be completed in the next few days”. In a statement, the club added that the reorganisation was being planned to push through “the necessary measures to prepare for the club’s future, overcoming the consequences of the public health crisis which is currently upon us and to bring to a conclusion the management programme”. The club also denied “serious and unfounded accusations” about the running of the club made by Rousaud in the Spanish media and said they “reserve the right to any legal action that may correspond”. Barcelona players will take a 70% pay cut during the coronavirus pandemic and make additional contributions to ensure non-sporting staff receive full wages. The board of directors, members of the club’s professional sports teams and most of the basketball team have also agreed to reduce their salaries.