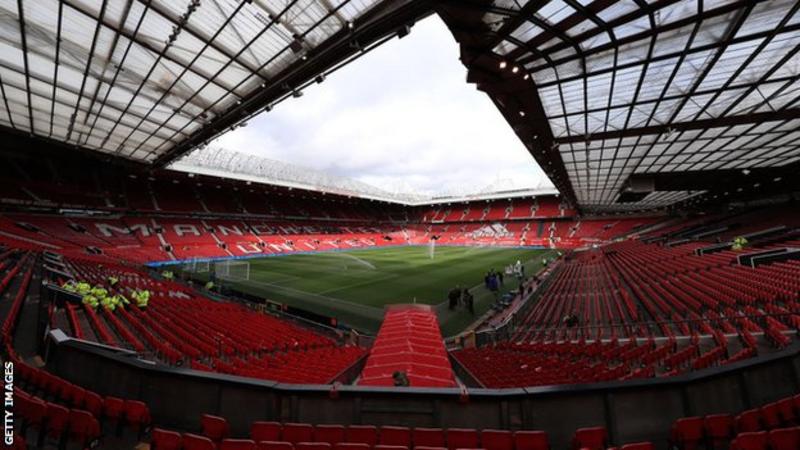 Manchester United have received permission to install 1,500 barrier seats – standing with rails – at Old Trafford as a trial measure. United will install the new section in the north-east quadrant for the 2020-21 season after Trafford council approval. If the trial proves successful, the club will look to install barrier seats in other areas of the stadium.

United have struggled to deal with the problem of persistent standing for a number of years at Old Trafford. With a capacity of just under 75,000, the stadium is the biggest club ground in English football. Standing in English football’s top two divisions was outlawed following recommendations made in the Taylor Report into the 1989 Hillsborough disaster, in which 96 Liverpool fans lost their lives. In recent seasons, campaigners have called for standing to be allowed in grounds once again. Rail seating has been developed to provide seats which can also be converted to standing areas. In 2018, new guidance from the Sports Ground Safety Authority, the body in charge of ground safety, allowed the use of rail seats. Managing director Richard Arnold said: “Our belief is that the introduction of barrier seats will enhance spectator safety in areas of the stadium where – as with other clubs – we have seen examples of persistent standing. “It also allows us to future-proof the stadium in the event of any changes to the current all-seater stadium policy. If the trial is successful, we may consider further implementation of barrier seating in other parts of the stadium.” Fellow Premier League side Wolves were given similar permission for the South Stand at Molineux this season.