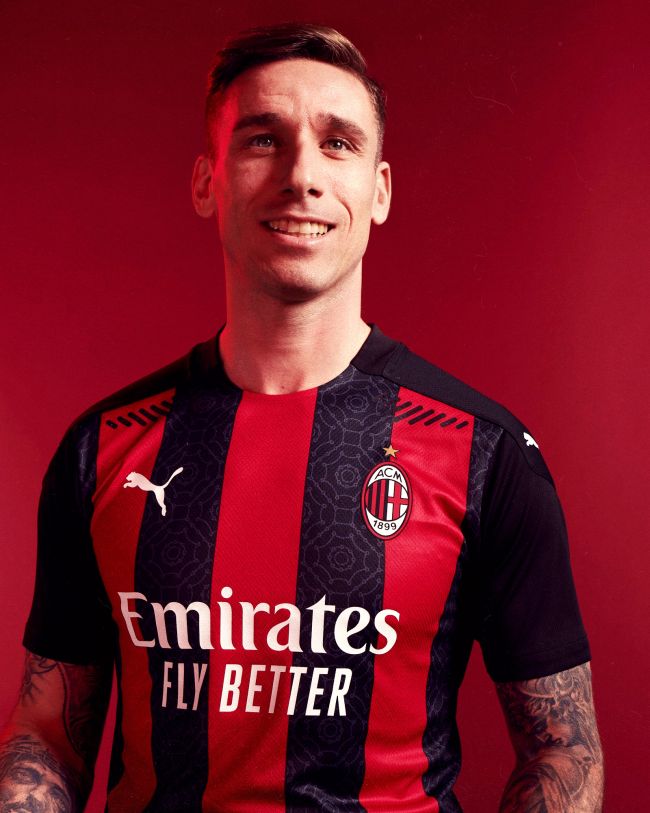 Puma always make nice kits but the design down the black stripes of AC Milan’s new threads makes this one of our absolute favourites of the coming football season. “Emirates Fly Better” might be all over the gaff these days but, in fairness, it’s a pretty sleek looking sponsor and doesn’t spoil this gorgeous red and black creation one bit. 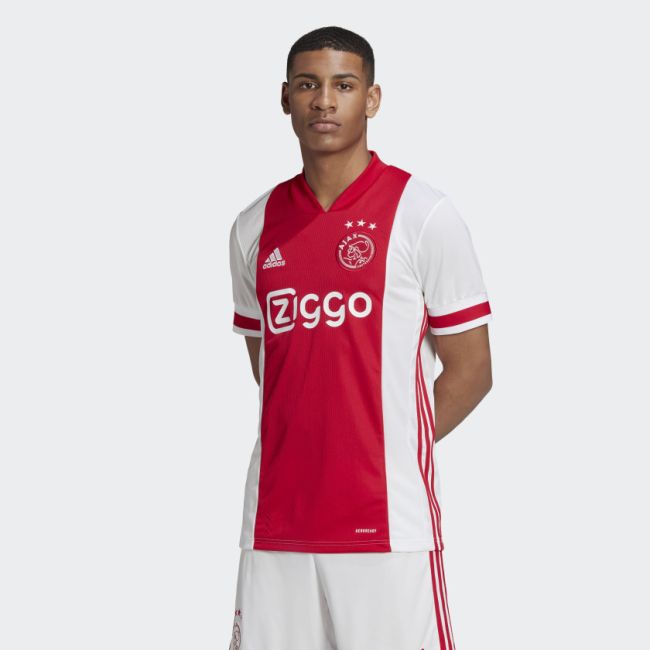 Ajax’s new away kit sent social media into meltdown earlier in the year and the home shirt isn’t far behind in terms of sheer, jaw-dropping beauty. It’s less original than the grey number that the team will wear on trips away but it’s a really classic design. You can’t fault it, from the inoffensive sponsor to the sleeve design to the width of the red stripe down the front. The sort of shirt you’ll look back on in 20 years and wish you’d bought at the time. Adidas it is. 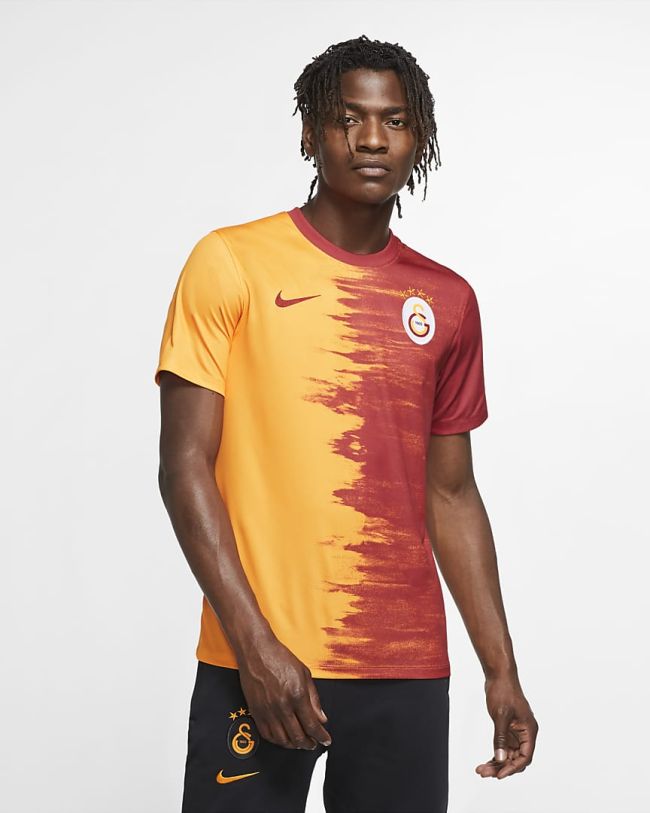 We didn’t know Galatasaray’s kit colour was officially “vivid orange and pepper red” until we read the Nike store description and, in fairness, we couldn’t have summed the shade of this kit up better ourselves. Galatasaray always look striking and this is another bold design from the Turkish giants. Something a bit different; an effortlessly cool shirt for any collector’s wardrobe. 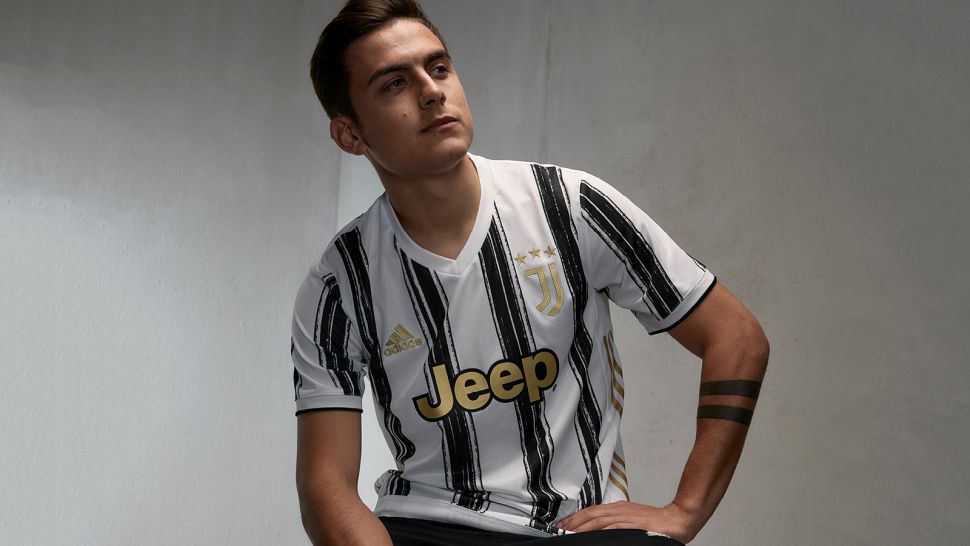 The Bianconeri have reverted to stripes after a couple of seasons with a “split” shirt design and it’s a welcome shift back to the old way of doing things. Gold touches jazz it up and also add a flurry of arrogance to a team that have just sealed their ninth straight title. This is a shirt built for a record tenth consecutive title. A “Come at us” statement in shirt form. Lovely stuff. Adidas it is. 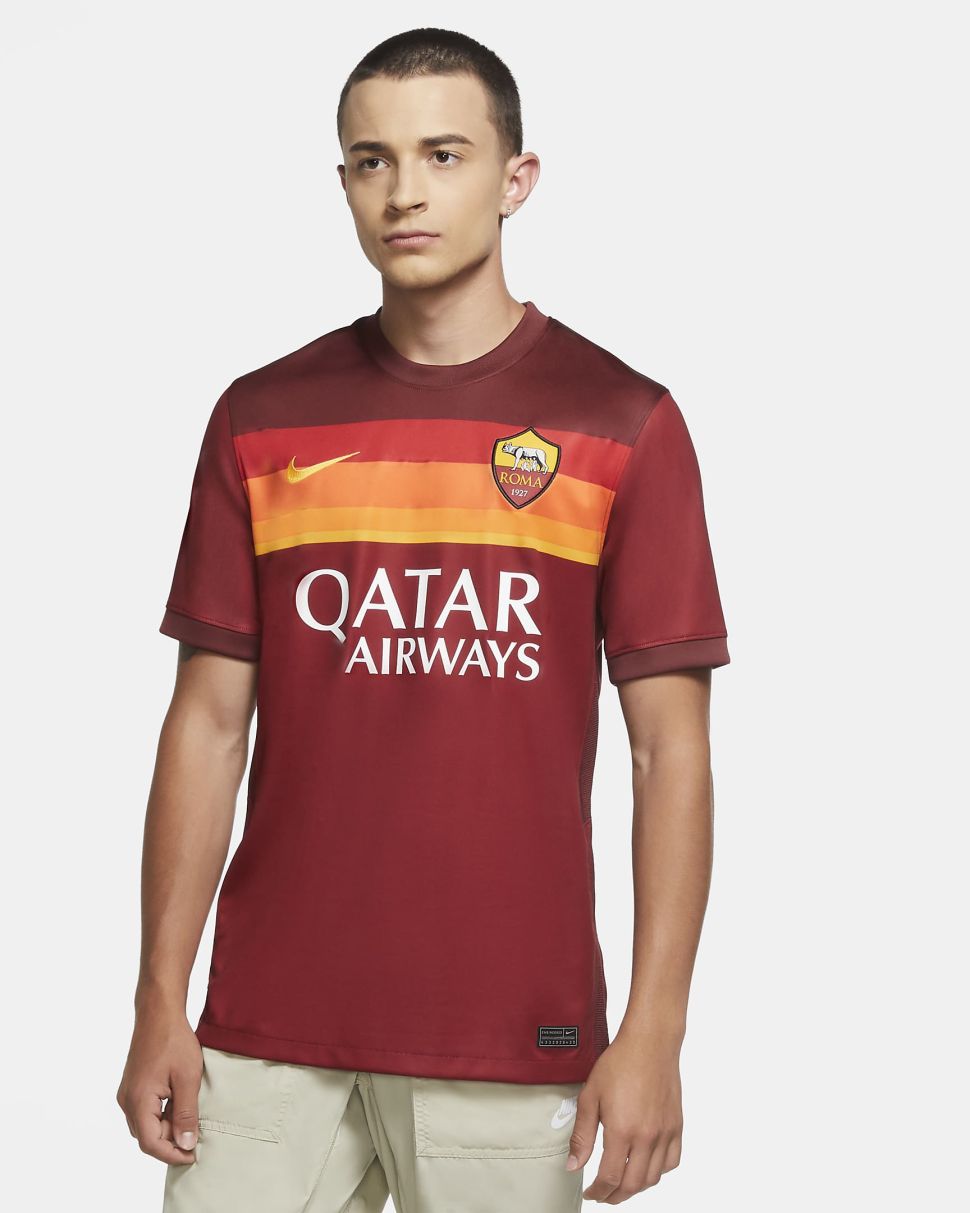 Roma always have a fantastic kit and, of course, they’ve done it again this year. It’s a step away from the regular, which tend to be very minimalist, simple designs. The coloured stripes across the chest slightly resemble a wallpaper colour chart but it creates a bright, summery design which will look just as cool sitting in a beer garden as it will down the park having a kick about. Nike it is. 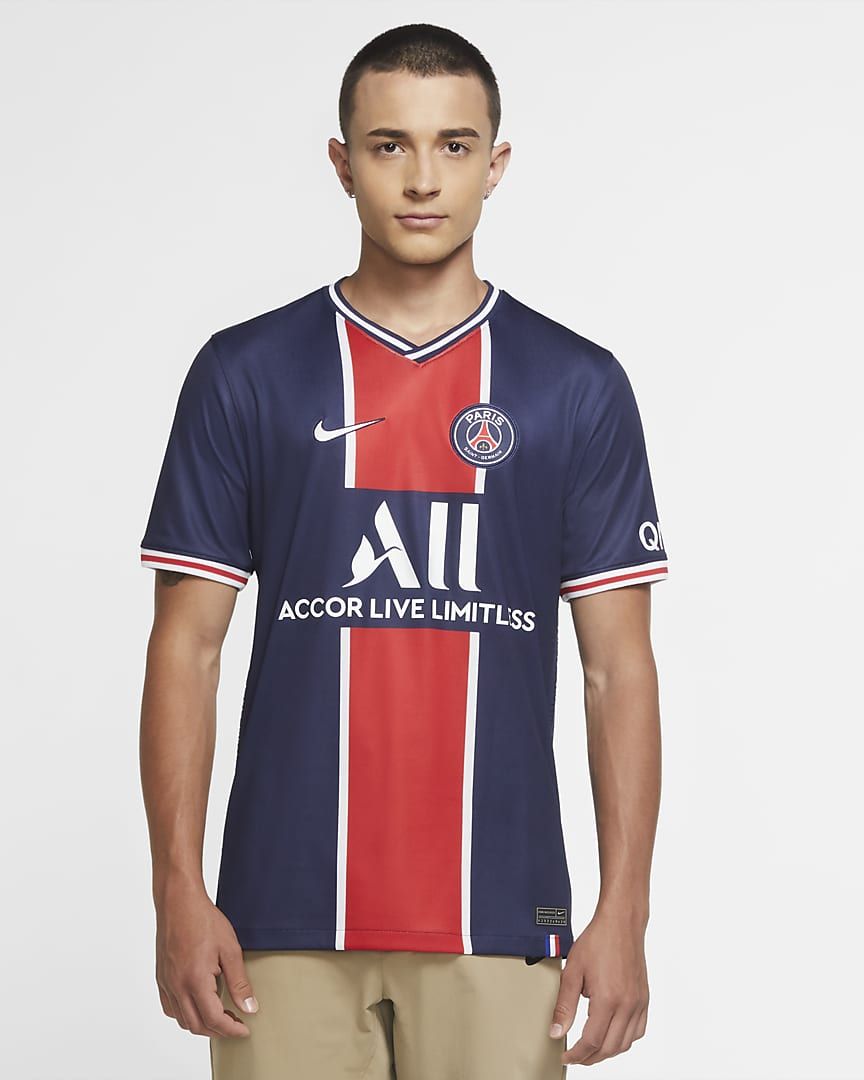 Sleek, stylish and a little bit retro. Love or loathe PSG, there is no denying they’re snappy dressers. The trim around sleeves and dollar is smart and the large red stripe gives this number a really classic feel. Gone is the (admittedly cool as all hell) Nike retro logo in place of the understated swoosh of old. 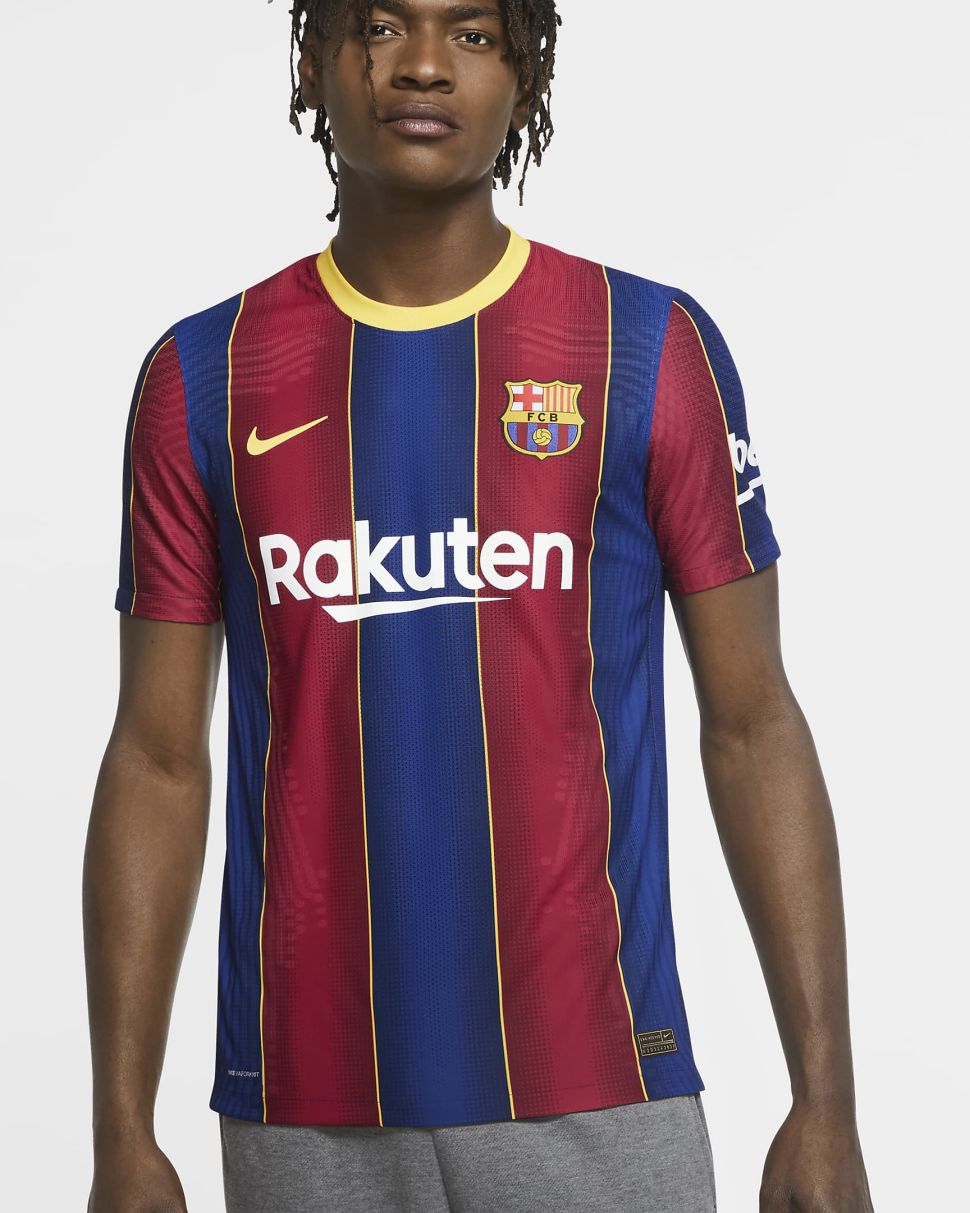 This new Barcelona kit pays homage to Barça’s 2010/11 kit. Still, that season saw the club lift both La Liga and Champions League title under Pep Guardiola, in what many consider the club’s greatest sides. And, well, the shirt’s not bad either. Messi et al will look pretty sharp in this Nike kit next season. 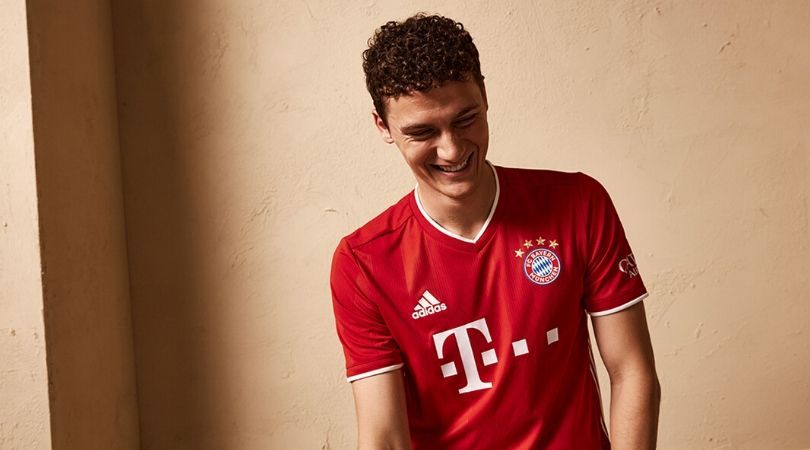 It’s hard to fault this effort from the German champions, other than perhaps to say it’s not the most creative. One nice touch, though, is that the club motto ‘mia san mia’, meaning ‘we are who we are’ is emblazoned on the neck. Neat. Adidas it is. 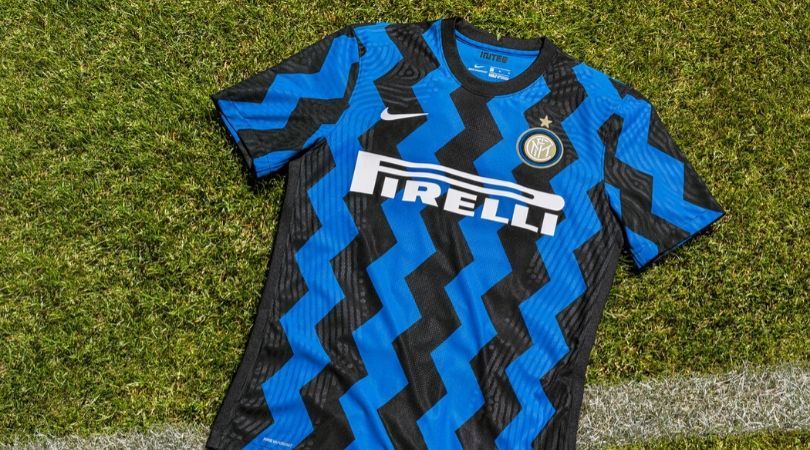 For a club renowned globally for their black and blue stripes, calling this new design a bold move would be an understatement. The zig-zag look hasn’t been universally popular, despite Nike’s insistence that it is “inspired by the pioneering work of Milanese designers in the 1980s”. 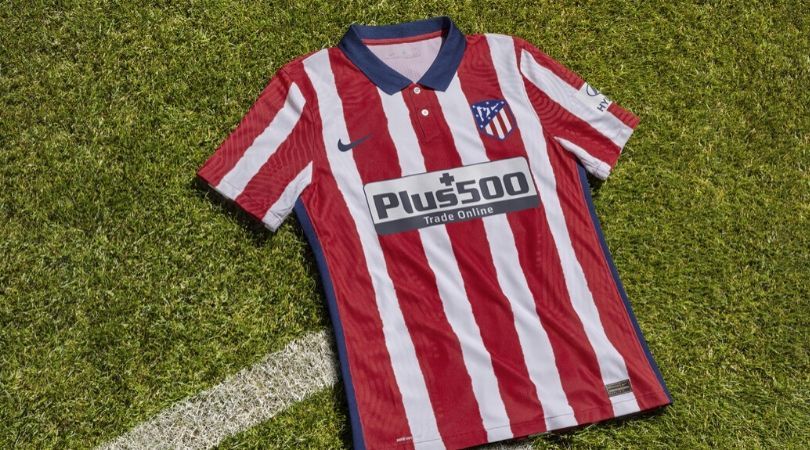 Like Bayern, Atleti haven’t pushed the boat out much with their new Nike kit.  It’s another traditional look, particularly with the return to a collar around the neck. 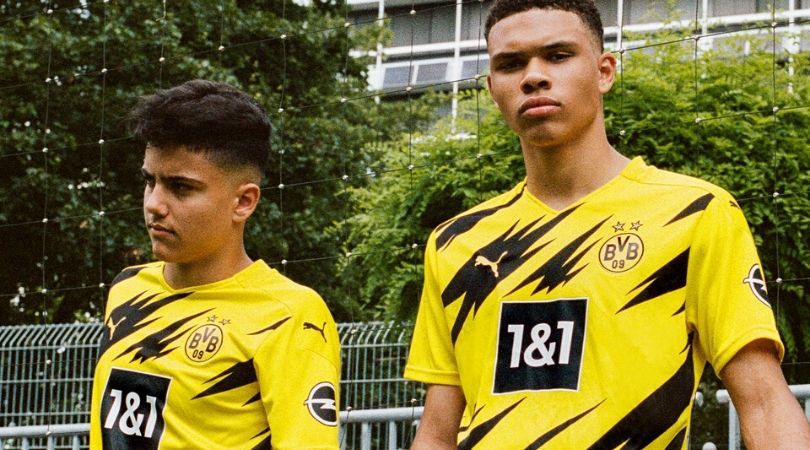 Now that’s bold. Out goes the all-yellow body, in comes this effort with black slashes that create a lightning bolt look. They also have a new sponsor, 1&1, which at the very least fits neatly into the design. Puma is it. 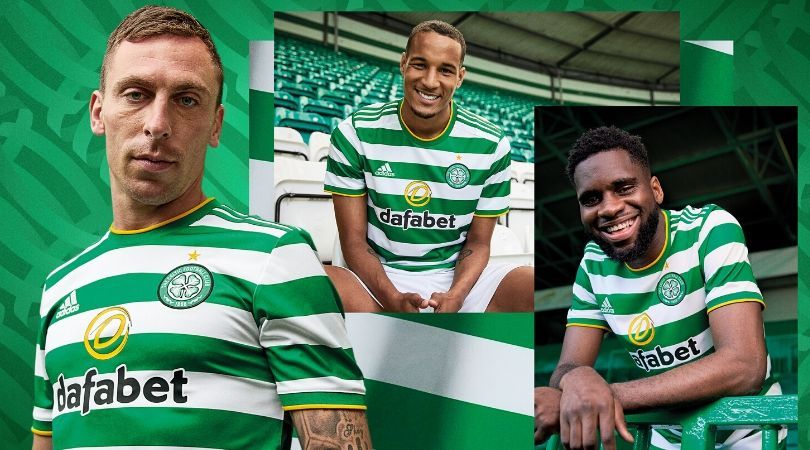 Celtic’s iconic hoops are not to be messed with, and Adidas have kept things simple for the new season. The gold trim on the sleeves and neck is a nice touch, too. 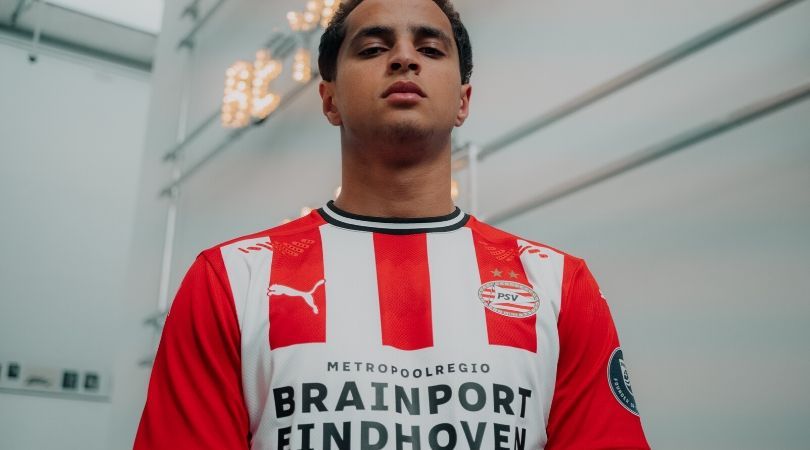 Another traditional design, this PSV kit if anything looks a bit blocky. We’re not sure what ‘Brainport Eindhoven’ is, but we’re not sure we want to see it in block capitals on the front of a football top – far too wordy. Puma is it. 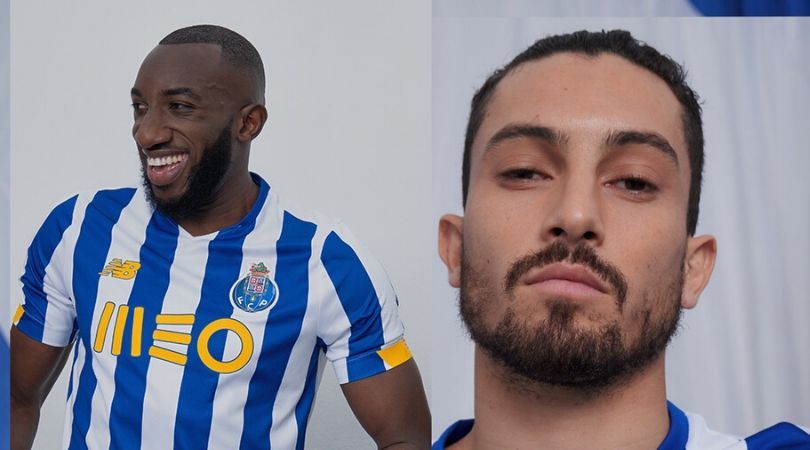 A classic Porto kit, with instantly recognizable vertical blue and white stripes. That’s really all that needs to be said, but New Balance nevertheless have assured us that the kit is “inspired by the passionate sea of blue that arises when the fans gather”. Of course. 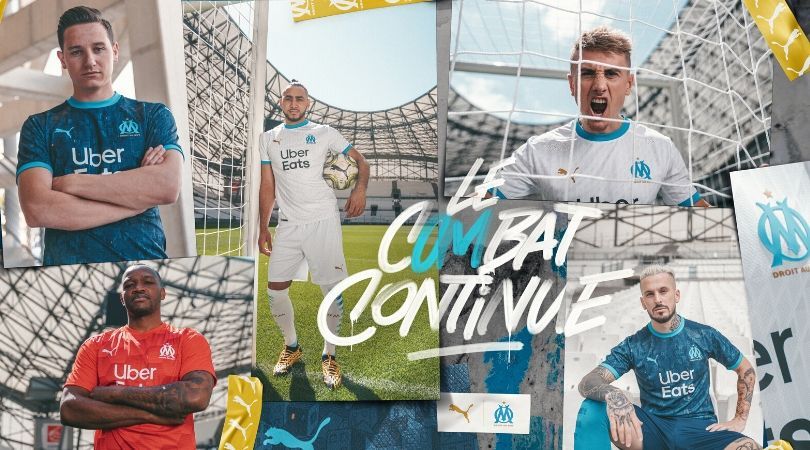 The new Marseille home and away kits are sleek, simple and stylish. For some reason, though, the more we look at them, the more peckish we get. Puma it is.