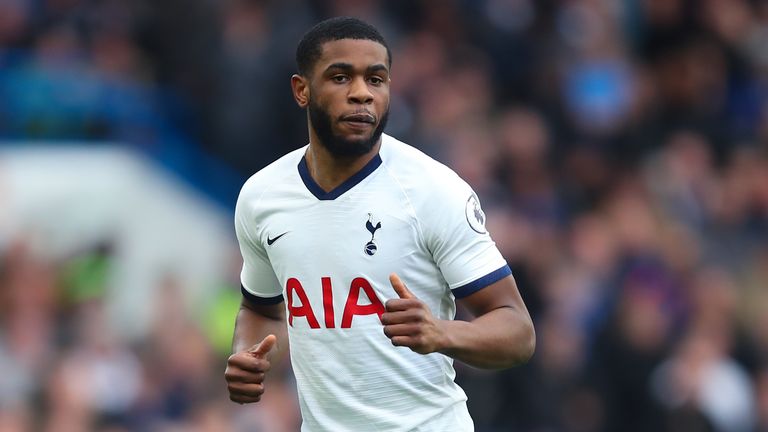 Japhet Tanganga has signed a new long-term contract with Tottenham, extending his stay at the club until 2025. The 21-year-old defender, who came through the academy system at Tottenham, made his senior debut at centre-back in the penalty shootout defeat to Colchester United in the EFL Cup third round last year.

He made his Premier League debut at right-back in the 1-0 home defeat to Liverpool in January, and appeared in the Champions League round-of-16 first-leg home defeat to RB Leipzig on February 19. Tanganga has played 11 times in all competitions over the course of the 2019-20 term, with six of those outings coming in the top flight. Following the announcement of his new contract at Hotpsur Way, the defender tweeted: “Great way to end a memorable season. Thank you for all the support and can’t wait to see what the future holds. All God’s work.” Speaking about Tanganga in February after a run of games in the first team for the youngster, Tottenham head coach Jose Mourinho said he could see the defender featuring for the club “for many years”. “Tanganga’s already in the dressing room, with [Oliver] Skipp,” Mourinho said, “both are fantastic kids – both kids in which we believe a lot. “The difference is with Japhet that the big opportunity appeared. With Skipp that has not happened yet – the big opportunity to start matches and play many minutes. “But both are in the first-team dressing room. And our objective – what we are working on – is to make them Tottenham players for many years.” Tanganga has followed team-mate Eric Dier in committing his long-term future to Tottenham, after the England international penned a four-year extension last week.