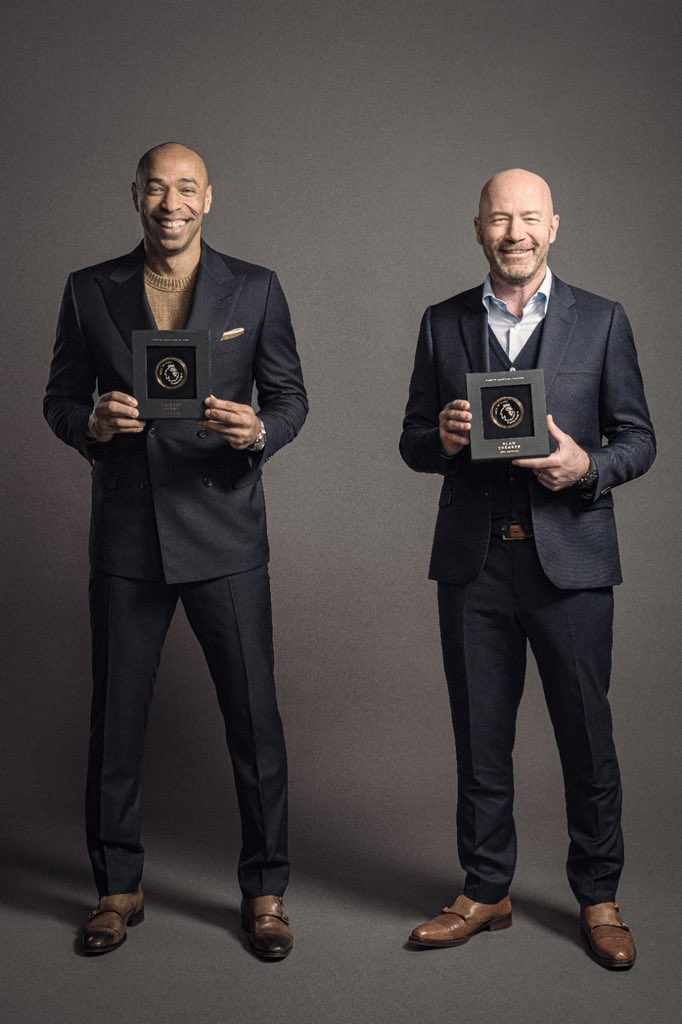 Former England striker Alan Shearer and ex-France forward Thierry Henry have become the first players to be inducted into the Premier League Hall of Fame.

Shearer is the Premier League’s record scorer, with 260 goals for Blackburn Rovers – whom he won the title with in 1995 – and Newcastle United. Henry scored a club record 175 Premier League goals in 258 appearances for Arsenal. He was the league’s top scorer in a season a record four times. Henry won the title twice and was part of the Arsenal side that went unbeaten in the league in the 2003-04 season. “When you look at some of the unbelievable players to have graced the Premier League – week in, week out, year in, year out – I feel very honoured to join the Hall of Fame,” said 50-year-old Shearer, who moved from Southampton to Blackburn before the Premier League era began in 1992-93. “I have to thank all of my team-mates, as well as the managers and coaches that I’ve worked with. “All I ever wanted to be was a professional footballer. It was my dream to do that, my dream to win trophies and my dream to score at St James’ Park, to wear the number nine black-and-white shirt and it was fantastic. I enjoyed every minute of it.” Shearer was the first player to reach 100 Premier League goals. He scored 112 in 138 league matches for Blackburn, and 148 in 303 for Newcastle. Henry also provided 74 assists during eight Premier League seasons, including a joint-record 20 in 2002-03. “To be inducted alongside Alan Shearer as the two first inductees into the Premier League Hall of Fame is more than special,” said 43-year-old Henry. “When I was young, I was just trying to make sure I could get a pair of boots and now we’re talking about the Hall of Fame. “During my career I wanted to play hard and make sure I was fighting for the cause, because that’s all the fans want to see.” A shortlist of 23 former players will also be announced and six of those will be inducted into the 2021 Hall of Fame, with fans able to vote for their choice.