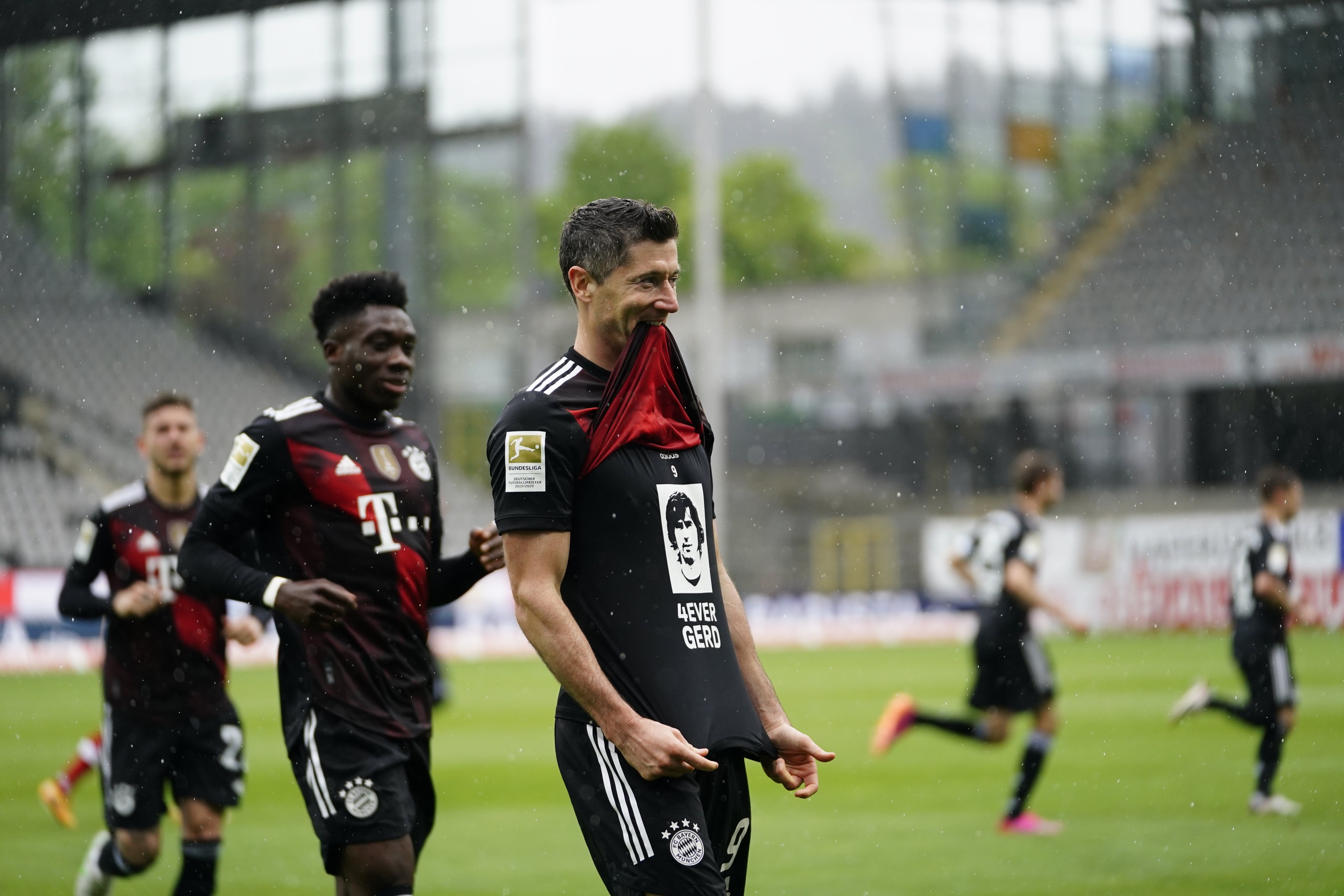 Robert Lewandowski has equalled Gerd Muller’s 49-year-old Bundesliga record for the most goals scored in a single campaign after he netted in Bayern Munich’s draw with SC Freiburg.

The striker has now scored 40 goals in 28 league games this season. Muller averaged a goal every 77 minutes when he set the Bundesliga record in 1972 but Lewandowski did so with an average of a goal every 58 minutes. He has netted in 18 of his past 19 Bundesliga appearances. The only team during that run Lewandowski failed to score against was Hertha Berlin on 5 February. Lewandowski celebrated the goal by lifting up his playing top to show a T-shirt underneath with Muller’s face on and the words “4ever Gerd”. His team-mates then quickly formed a guard of honour near the touchline opposite staff members while Lewandowski celebrated with his arms outstretched. The Poland international is the first player to reach 40 goals in a single season in one of Europe’s top five leagues since Luis Suarez for Barcelona in 2015-2016. Lewandowski’s record-equalling goal came from the spot in the 26th minute to put champions Bayern ahead before SC Freiburg defender Manuel Gulde equalised three minutes later. He can still break the record in the final league game of the season at home to FC Augsburg on Saturday, 22 May.