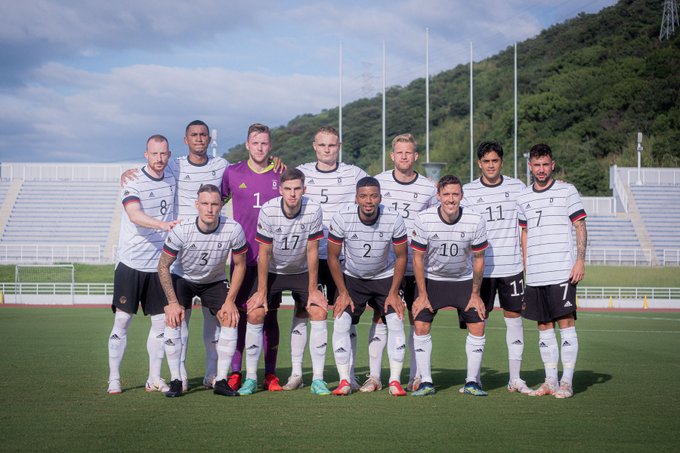 Germany’s men’s Olympic football team walked off the field with five minutes left of their friendly against Honduras after defender Jordan Torunarigha was allegedly racially abused.

The game, played behind closed doors in three 30-minute periods, did not resume and finished 1-1. Torunarigha, 23, plays his club football for Hertha Berlin and is son to former Nigeria international Torunarigha Ojokojo. Honduras led after the first period with Ausburg’s Felix Uduokhai equalising in the final third. A tweet from the official Germany national team in English account said: “The game has ended 5 minutes early with the score at 1-1. The Germany players left the pitch after Jordan Torunarigha was racially abused.” The official Honduras national team account tweeted that the incident was “a misunderstanding”. Germany coach Stefan Kuntz, who played 25 times for the national team between 1993 and 1997, said: “When one of our players is racially abused, playing on is not an option.” The match was a warm-up for their Olympics campaign, which starts against Brazil on Thursday, 22 July. Torunarigha made 14 league appearances last season as Hertha finished 14th in the Bundesliga.