England goalkeeper Fraser Forster will be out “long-term” and miss the rest of the season with a knee injury, his club Southampton announce. He had successful surgery this afternoon after damaging his left knee last weekend. 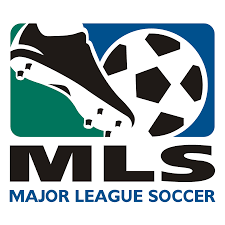 Minnesota United are officially confirmed as the next Major League Soccer team. Minnesota, who have competed in the second-tier North American Soccer League since 2010, will make their MLS debut from the 2018 season. Plans have already been announced to include Atlanta and a recreation of Chivas USA in Los Angeles. When Minnesota United kick-off their first season, they will be the 23rd franchise in MLS.

The Super Eagles camp has been bubbling since Monday as many of the players invited for the pair of international friendly matches against Uganda and South Africa have arrived, goal reports. Among the early birds from Europe was Odion Ighalo.  His arrival increased the number of players at the Le Meridien Hotel in Uyo as at dinner time on Monday. Godfrey Oboabona, Azubuike Egwuekwe , Kenneth Omeruo, Akeem Latifu, Ogenyi Onazi, Leon Balogun and Ahmed Musa were also already in camp.

END_OF_DOCUMENT_TOKEN_TO_BE_REPLACED

England coach Roy Hodgson admitted his anger over training ground ‘espionage’ after a picture showing Harry Kane in a possible starting line-up emerged. Photographers watching Kane’s first training session with the senior squad on Tuesday seemed to stumble on Hodgson’s possible selection for Friday’s European Qualifier against Lithuania at Wembley. They took shots of an England formation on a scrap of paper in Hodgson’s hand, which showed Spurs striker Kane partnered with captain Wayne Rooney.

END_OF_DOCUMENT_TOKEN_TO_BE_REPLACED

Real Madrid star Cristiano Ronaldo could face punishment for his goal celebration when he netted the equaliser in Sunday’s La Liga ‘Clasico’ at Barcelona. Ronaldo, not for the first time when he has scored at the Nou Camp, appeared to be urging the Barca fans to calm down when he struck to make it 1-1 for Real in the 31st minute. “We have to be careful with provocative gestures by a player when he scores a goal or with any other provocation or conduct that could incite violence among spectators,” said Spanish League (LFP) president Javier Tebas. “It must be sanctioned, from a fine up to a suspension,” he added. “We will look into it.”

The English Women’s Super League One gets under way this evening, with defending champions Liverpool Ladies (featuring Nigeria’s Asisat Oshoala) looking to win the WSL crown for the third year in a row. The Reds host newly-promoted Sunderland.

Spanish club Barcelona declares three days of official mourning in memory of the victims of the Germanwings plane crash. One hundred and fifty people were killed when the flight from Barcelona to Dusseldorf crashed in the French Alps on Tuesday. The club says its Catalan, Barcelona City and Club flags are all being flown at half-mast as a sign of respect for the victims. The club’s handball and roller hockey teams wore black armbands during their games yesterday and the basketball side will do the same for their Euroleague match against Zalgiris Kaunas this evening.

Liverpool defender Martin Skrtel will serve a three-match ban after an independent FA disciplinary panel rejected his appeal against a violent conduct charge. The Slovakia international stood on Manchester United keeper David de Gea in the last seconds of Liverpool’s 2-1 home defeat at Anfield on Sunday. The incident was missed at the time by referee Martin Atkinson.

Sprinter Justin Gatlin has been given a new sponsorship deal by US sportswear giant Nike. The 33-year-old American dominated the 100m and 200m in 2014, and is many experts’ favourite to win a golden double at August’s world championships. “But Gatlin has served two doping bans, including a four-year suspension between 2006-2010. He was sponsored by Nike prior to his second ban but has been wearing Chinese firm Xtep’s kit since 2012.

Olympic champion and world record holder Usain Bolt will make his first appearance in the United States in five years when he competes in the Adidas Grand Prix Diamond League meeting in New York on 13 June. The Jamaican sprinter set his first 100 metres world record at the meeting in 2008 when he clocked 9.72 seconds. His only other appearance in the U.S. since then was to anchor a Jamaican 4×100 metres team at the 2010 Penn Relays.

Former Manchester United skipper Nemanja Vidic will not leave Inter Milan at the end of the season, claims his agent. The Serb, 33, has been strongly linked with a return to England after joining the Nerazzurri as a free agent last summer. Asked if Vidic would stay at Inter, his agent Silvano Martina told Gazzetta dello Sport: “I think he should, yes, because he has another two years left on his contract. “In fact, I want to reveal something. Last year he made a specific choice to come to Milan, even though Manchester United wanted to keep him and kept calling up to December.” Vidic was dropped by the Nerazzurri earlier in the season, but has since re-established himself under Roberto Mancini.

Injured West Brom striker Brown Ideye is hopeful of returning for next week’s Premier League home match against QPR. The Nigeria international, 26, missed the 3-0 defeat at Manchester City with a knee problem, which also forced him out of his nation’s friendly against Uganda. “I thought I could be fit for Nigeria. I thought I could even be fit for the game at Manchester City,” the Baggies’ record signing tells the club’s official website. “But I couldn’t run and I have had to stay back instead of risking it by going to internationals. “I just have to rest. The pain is still there but the doctors and physios have been doing their best to make sure I’m fit for the QPR game.”