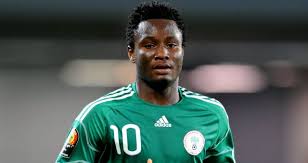 Super Eagles’ Head Coach, Sunday Oliseh, has invited 24 players for next month’s friendly internationals against Democratic Republic of Congo and Cameroon in Belgium. The Super Eagles play the Leopards of the Democratic Republic of Congo on October 8 and the Indomitable Lions of Cameroon three days later, in Belgium, as the Nigeria Football Federation (NFF) activates its plan to entrench stronger bond and cohesion among the relatively new group, through several friendly matches. The winner of the preliminary round between Swaziland and Djibouti will host the Super Eagles on November 9 in a 2018 FIFA World Cup first round qualifier, with the Eagles hosting the return leg in Nigeria eight days later. All invited players are expected to arrive in Belgium on  October 5.