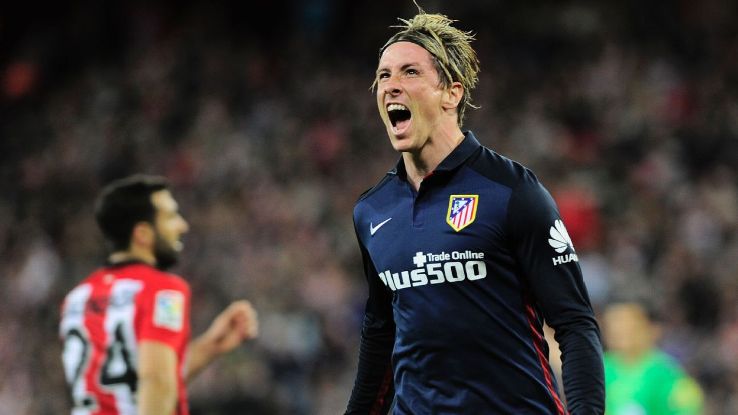 Atletico Madrid have announced that striker Fernando Torres has signed a new one-year contract at the Liga club. Torres, 32, was a free agent after his contract expired in the summer, but it had been suggested he would prolong his stay at his boyhood club. The Spain international returned to Atletico on a two-year loan deal from AC Milan in 2014 and last season he helped the club finish third in La Liga and reach the final of the Champions League, which they lost on penalties to Real Madrid. Last season, Torres scored 11 league goals in 30 appearances and netted once in Europe. He said on the club’s official website: “I am happy to be here. I never had any doubts about where I wanted to be during the course of this process — even though we didn’t know what was going to happen. In the end, the important thing is that I got what I had hoped for.”

Sporting director Jose Luis Perez Caminero added: “it is great news for us because Fernando belongs here and all Atletico fans are happy that he will continue with us. “He knows our club perfectly and is a point of reference for all of his teammates. The players who have come up from our academy have a mirror in which to look and he always has great advice for them. He is a player with great experience, used to winning titles and competing at the top level.” Torres started his career at Atletico and captained the team until he left for Liverpool in 2007, before signing for Chelsea in 2011 and then leaving permanently for Milan in 2015.