Winger Victor Moses says Chelsea are targeting domestic cup success as the club are not in European competition. Antonio Conte takes charge of his first knockout game as Blues boss when League One Bristol Rovers visit Stamford Bridge later. “We want to carry on winning matches but this won’t be an easy game, they’re a League One side and it’s often difficult to play against teams from the lower leagues,” says Moses, 25. “This season every trophy is important, whether it’s the League Cup, FA Cup or Premier League. I think it’s going to be a very interesting season for us.”

Barcelona goalkeeper Claudio Bravo has arrived in Manchester ahead of a proposed move to join Pep Guardiola at Manchester City. His joining Man City is likely to result in goalkeeper Joe Hart leaving the team.

END_OF_DOCUMENT_TOKEN_TO_BE_REPLACED 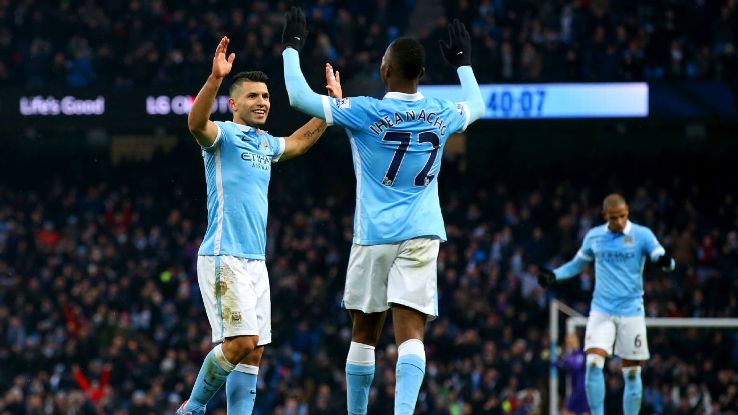 Manchester City’s teenage forward Kelechi Iheanacho says he does not feel under pressure from Sergio Aguero. Aguero, 28, has scored six goals in three Premier League and Champions League games this season. “Sergio is a great striker and I am learning from him. It’s not pressure, it’s a dream come true,” added 19-year-old Iheanacho ahead of Wednesday’s Champions League play-off with Steaua Bucharest. “Pep [Guardiola] has brought his own style. It’s going to look easy on the pitch when you have lots of players to pass to. I haven’t had any private discussions with Pep. He has the final decision on the team and I have to work hard to be in his team.”

On the 15th of August 1945, the axis nations fighting in the Pacific theater defeated imperial Japan and two weeks later, Japan formally surrendered to allied forces led by the U.S. General, Douglas McArthur, who formally accepted the signed articles of surrender. But though the U.S. defeated Japan, they never decimated Japan’s great technological and industrial complex. They were visionary enough to distinguish these from Japan’s military industrial complex, which they scrapped.  Realizing that Japan was decades ahead of the West in many technologies, the allied powers, led by the US, allowed those  industries to remain as a going concern and took the unique step of enacting legislation and policies to enable them flourish.  What they did in Japan, they also did in Europe. In Europe, the US, acting unilaterally, even went a step further by introducing the Marshall Plan through which America sent financial and other types of aid to help Europe (and especially Germany) recover from the ravages of the Second World War.  The point of the allied and American actions in Japan and Europe is that technological advancement belongs to the human race and should not be allowed to suffer because of a quarrel or war amongst humans.  This lesson was thoroughly established in 642 AD when the Library of Alexandria was burnt to the ground during the Muslim conquest of Egypt.   It has been argued that that act set the world several centuries back in technological advancement and has become something to watch out for during the prosecution of a war.  A war is a quarrel between or amongst people that is settled by means of violence. It is not a quarrel between or amongst technology, so civilized nations have pursued the policy of fighting wars while preserving technology.  Gone should be the days of the scorched earth policy which is why despite the bestiality of the apartheid regime, President Nelson Mandela did not do a Mugabe, but rather left intact White owned farms, industry and universities and only insisted that they be opened to Blacks and other races.  This brings me to Nigeria. I would like to state a fact that will be argued against, but still a fact that even those who would argue against it know to be true.
The Igbo (or Ibo) ethnic nationality of Nigeria are the most technologically advanced Black race on planet earth, bar none!  This is a fact. A fact that was proven to be true for 30 months while they were landlocked in their constantly shrinking enclave known as Biafra.

END_OF_DOCUMENT_TOKEN_TO_BE_REPLACED

Team Great Britain arrived Heathrow airport London aboard British Aireys this morning to a grand welcome by the people. The team came overall second (behind Team USA) in the Rio Olympics with 27 Gold, 23 Silver and 17 Bronze medals.