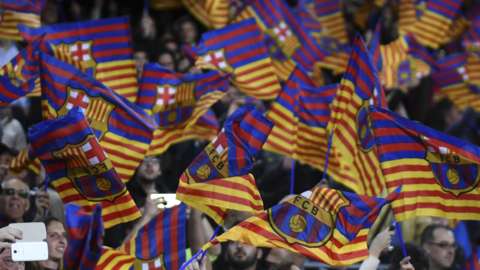 It was some game at the Nou Camp the other night, when Barcelona overturned a 4-0 first-leg deficit to bundle PSG out of the Champions League 6-5 on aggregate and the celebrations from their fans registered on the Richter scale. The celebrations were recorded on the famous measurement used to record earthquakes at the Jaume Almera Institute of Earth Sciences, which is 500 metres away from the stadium.  Barcelona’s second and third goals nudged the centre’s recordings slightly before the match-winning goal measured one on the Richter scale – making it a microearthquake.