Leicester City star Wilfred Ndidi would put in a transfer request to force a move to Manchester United, according to his agent. Representative Hakeem Bello says the chance to play for the Red Devils would be too good to turn down – should they come knocking. Ndidi has been a star performer for the Foxes this term and reports emerged yesterday of United’s interest. Bello has played down talk of his man leaving the King Power this summer, but he’s changed his tune today. Bello said: “Ndidi won’t say no to Manchester United. “I can proudly tell you that if a bid is launched for him, he will most likely ask Leicester City for a transfer. “We’re talking Manchester United, the biggest and most successful [club] in England. “That’s a no brainer. “Ndidi won’t turn down Man United, anyone willing to bet?” 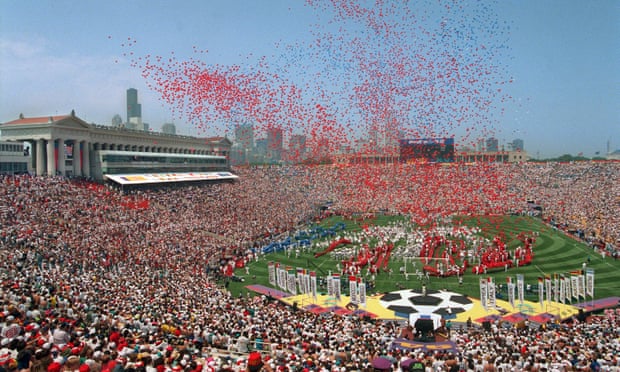 A joint bid from the US, Canada and Mexico to host the enlarged 2026 World Cup is expected to be finalised this year for submission to FIFA, according to Victor Montagliani, the president of the region’s Confederation of North, Central America and Caribbean Association Football (CONCACAF). Speaking to the Guardian before Saturday’s annual CONCACAF congress on the Caribbean island of Aruba, Montagliani contrasted the prospect of the countries’ cooperating on a World Cup with the division represented by the wall along the border with Mexico planned by Donald Trump. “Canada, the US and Mexico are aiming for a joint bid, the idea has been around for a while, discussions are continuing and it is a very exciting proposition if it comes to fruition,” Montagliani said. “We have had nothing but positive remarks about it and it is a very strong sign of what football can do to bring countries together.”