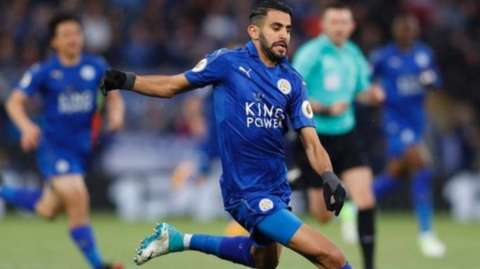 Algerian forward Riyad Mahrez has announced he wants to leave Leicester City. The 26-year-old, who joined from French club Le Havre for a reported £400,000 ($500,000) in 2014, said he had agreed “to stay for another season” following “a good discussion with the chairman” after the Foxes won the Premier League last year. But he added he was “fiercely ambitious” and had “informed the club I feel now is the time to move on.”

Mahrez, PFA player of the year in 2016, made 48 Foxes appearances this season. He scored 10 goals and provided seven assists as Leicester recovered from a poor start to finish 12th in the league this year and reach the Champions League quarter-finals. In a statement Mahrez wrote: “Out of the huge admiration and respect I hold for Leicester I wanted to be totally honest and transparent. I have informed the club that I feel now is the time for me to move on.