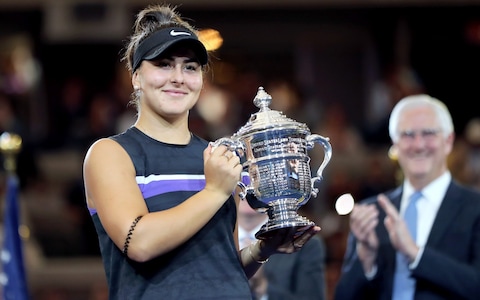 19 years old Bianca Andreescu wins 2019 US Open beating Serena Williams in two straight sets 6-3, 7-5. Bianca is the first Canadian to win a major tennis championship. 37 years old Williams’s bid for record equaling 24 Grand Slam continues to wait. The Canadian tore the American into bits at the early that a late resurgence from Williams was a little to late to prevent Andreescu from winning.

Andreescu picked up $3.85 million for the championship, more than her career earnings heading into the final. Andreescu’s victory came on the biggest of stages, in front of more than 23,000 fans in Arthur Ashe Stadium and with Meghan Markle in Serena’s player box.