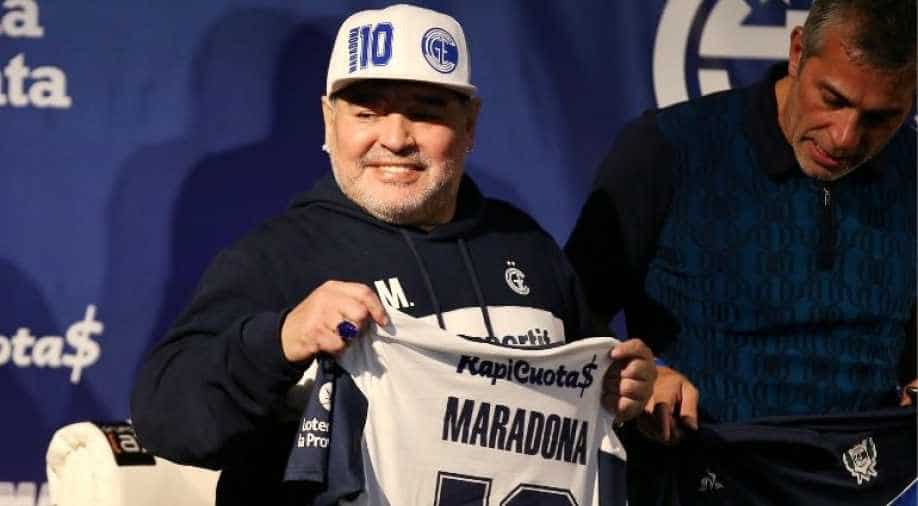 Argentina legend Diego Maradona has been named manager of Gimnasia y Esgrima La Plata – the first coaching job in his homeland since 2010. The 58-year-old, Argentina’s 1986 World Cup-winning captain, takes charge until the end of the season.

Gimnasia – nicknamed El Lobo, which means ‘the Wolf’ – are bottom of the Primera Division. “Star of world football Diego Maradona has signed his name and is the new coach of Gimnasia,” the club said. Maradona, who shared FIFA’s Player of the 20th Century award with Brazilian great Pele, takes on a team who have gained one point from their past five matches. He left his previous managerial role of Mexico second division outfit Dorados de Sinaloa in June, citing issues with his health, after failing to secure promotion to the top flight. “Finally it’s now official,” Maradona wrote on Instagram. “I am very happy to be the new coach of Gimnasia. “I want to thank the president Gabriel Pellegrino for this opportunity and say to all the fans that we are going to work with our hearts and souls for El Lobo.” Maradona’s new role is his sixth club management job; he was also in charge of the national team for two years from 2008, taking them to the 2010 World Cup quarter-finals in South Africa.