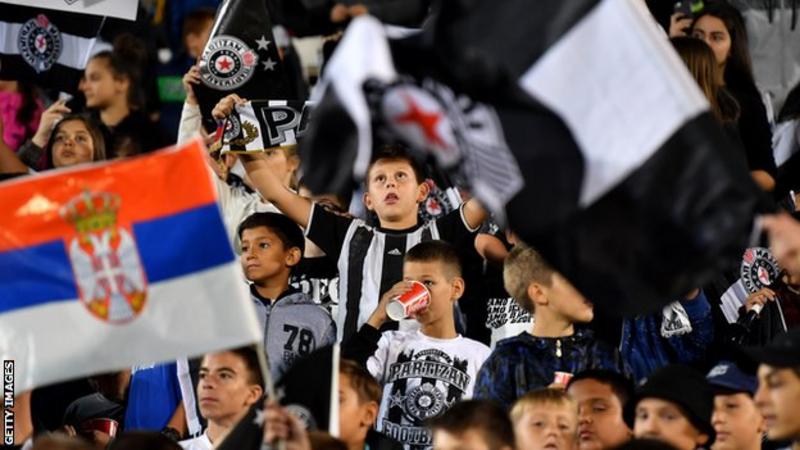 It was no ordinary night of European football for Partizan Belgrade on Thursday, as instead of the usual home crowd, the hosts were cheered on by 22,000 noisy children. The Serb club had been ordered to play two European home matches behind closed doors, as a sanction for racist behaviour by supporters in the competition’s qualifying phase against Turkish side Yeni Malatyaspor.

However, new regulations introduced for the current season allowed the club to call on its next generation of fans for their Europa League opener against AZ Alkmaar. And they did not disappoint, as 22,000 children under the age of 14 turned out for the 2-2 draw at the Partizan Stadium. “We had two matches without the public and we knew we could invite kids under the age of 14 from football schools and primary schools,” Biljana Obradovic, Partizan’s spokesperson said. “They cannot come alone, so they came with teachers and coaches. “There were 22,000 children in all and we organised buses, food, drink, popcorn and various items such as Partizan flags. “It has been a big success – senior people generally come to European matches but the kids have big hearts and they cheered from the heart. Yesterday was a very good match for all people.” New UEFA rules allow accompanied children up to the age of 14 from schools and football academies to attend behind-closed-doors matches free of charge. Partizan had been unable to organise a similar scheme in time for their final qualifying round home tie against Molde in August. But, drawn in Group L alongside Manchester United, they wasted no time preparing for their opening fixture. “Against Molde we had fewer days to organise. This time we called all children from football schools in Serbia to come to support, as well as school children from Bulgaria,” Obradovic added. “They had fun, and there were no accidents at the game – and that is not easy with 22,000 kids. It was not easy, but there was plenty of noise in the stadium. “I think we’ve sent a very good message as all the kids were sending messages of love, positivity and fair play.” Partizan supporters – old and young – will return for the arrival of group leaders United in October, the club’s next home fixture of the Europa League group stage.