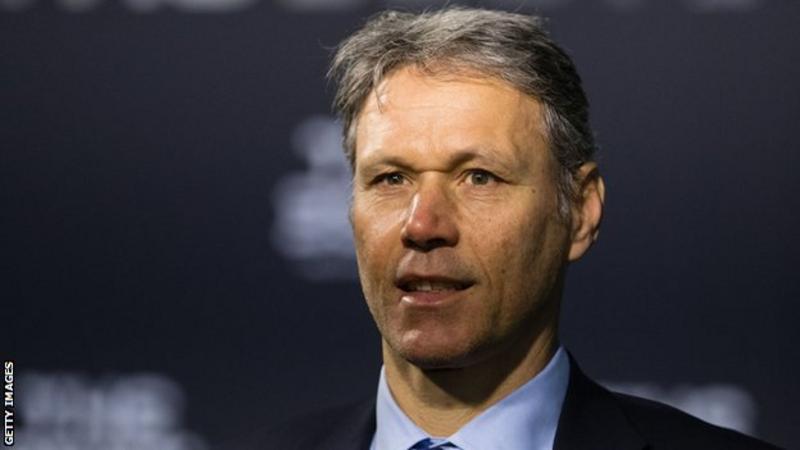 Former Netherlands striker Marco van Basten has been suspended by Fox Sports after he made a Nazi remark on-air. The Dutch edition of the sports channel said the “Sieg Heil” comment – a phrase associated with use at Nazi rallies – was “stupid and inappropriate”. In an apology Van Basten, 55, said he had “not intended to shock people”.