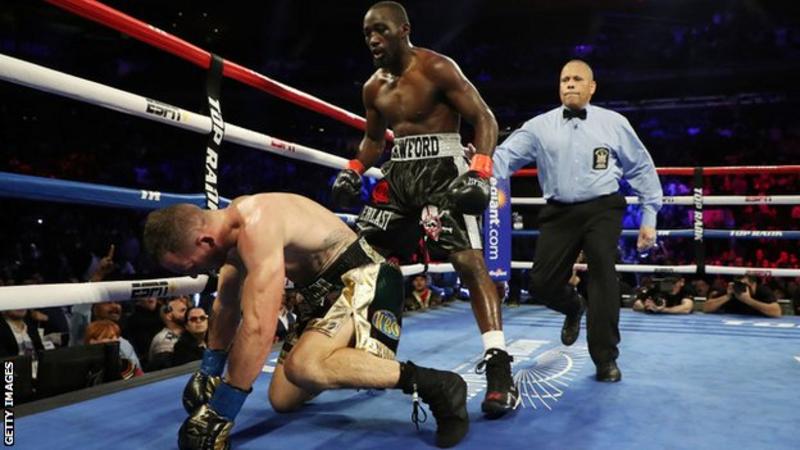 American Terence Crawford retained his WBO welterweight title with a ninth round knockout of Egidijus Kavaliauskas at Madison Square Garden. Crawford, 32, recovered from an apparent knockdown in round three to overwhelm the Lithuanian, dropping him in the seventh and twice more in the ninth, a right hook ending the fight. “When I let my hands go that’s when I started landing more favourable shots,” said Crawford after his 36th win.