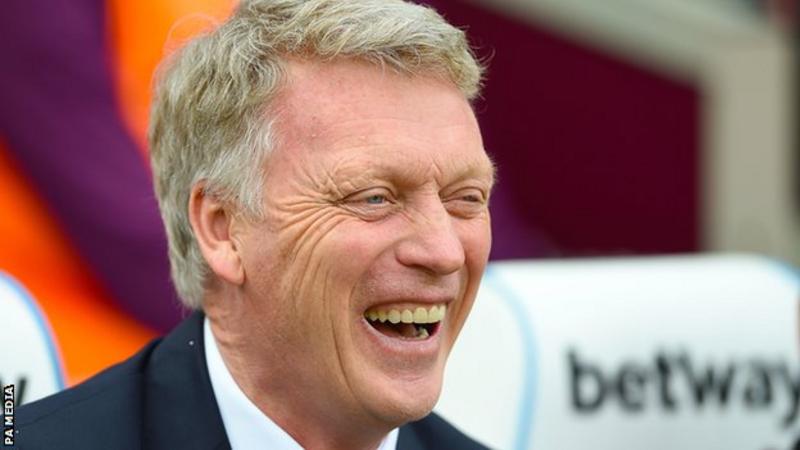 David Moyes has been appointed as West Ham manager and will return for a second spell at the club. The Scot, 55, has signed an 18-month deal and starts with the New Year’s Day home game against Bournemouth. He replaces Manuel Pellegrini, who was sacked after Saturday’s 2-1 home defeat by a much-changed Leicester side.

“It feels great to be home,” said Moyes, who led the Hammers to Premier League safety in a seven-month spell from November 2017. “I’ve missed being here because I really enjoyed it and I feel like I’ve got unfinished business, so I can’t wait to get started.” Former Everton and Manchester United boss Moyes, who took over from Slaven Bilic two years ago, left at the end of the season as the east London club decided to “go in a different direction” with former Manchester City manager Pellegrini. But the veteran Chilean, who led the Hammers to a 10th-place finish last season, was sacked following their fourth straight home defeat on Saturday. It left them 17th in the Premier league, just one point above the relegation zone. “I’m feeling very proud that I’m back here at West Ham, but more importantly I’ll be looking to see what I can do, what I can make improvements to and how we can get some wins with the players,” said Moyes, who began his management career at Preston North End in 1998. “I do believe that the squad of players I’ve got here is a better squad of players than when I took over before, so I am looking forward to working with them. “I think there’s got to be a short-term goal for us just now to get the wins to get us away from the wrong end of the league and what we’re going to do over the next six months, then what we’re going to do over the next period as well. The start is really focusing on the immediate games.”