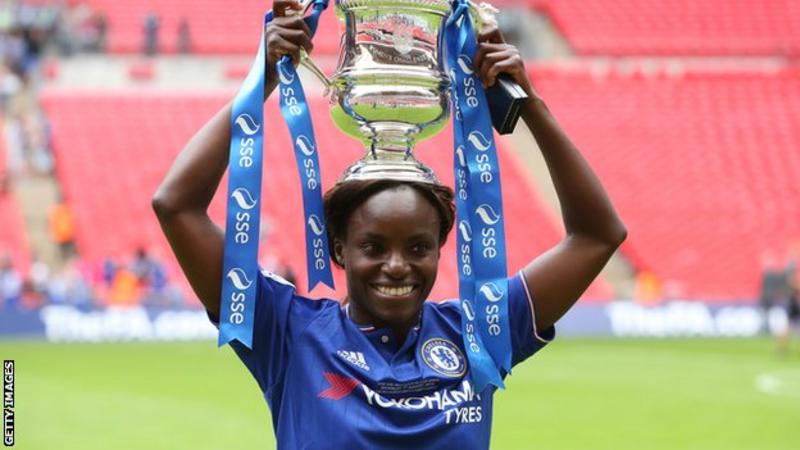 Aluko whose younger brother Sone played for Super Eagles of Nigeria (and currently plays for Reading) added: “If it was a physical issue that would have made it easier. It was more mental. “I was abroad with Juventus, I won three trophies and started to feel like I didn’t have any more motivation, so it was like ‘OK, what next? What am I doing here, missing family and friends?'” She is now planning to do more media work and move into the executive side of the game. Aluko is England’s joint-10th most capped international, scoring 33 goals in 102 senior appearances. But her last international appearance came in 2016 and, also that year, she made allegations of misconduct against then England boss Mark Sampson. The Football Association apologised to Aluko in October 2017 for racially discriminatory remarks made by Sampson in 2014. Writing in The Players’ Tribune, Aluko penned a “thank you letter” to football for the experiences it had given her during a playing career which began with Birmingham City in 2001. “You have given me the dream of playing in the US, the pride of representing England, the thrill of winning titles with Chelsea, the adventure of playing for Juventus in Italy,” she said. “Whenever I have faced obstacles, you have shattered them. Whenever I have had great expectations, you have exceeded them.” Aluko, also added she was “content with her career” and hinted that she would remain involved in the game. “There are a few things I did not achieve, but I know I can’t have it all,” said Aluko, who has also worked as a television pundit in the latter years of her playing career. “I took the hardest option every time, and I think I have been rewarded for it. “I honestly believe women’s football will continue to hit an even higher level in the next few years. I want to do my part to make sure that happens.”