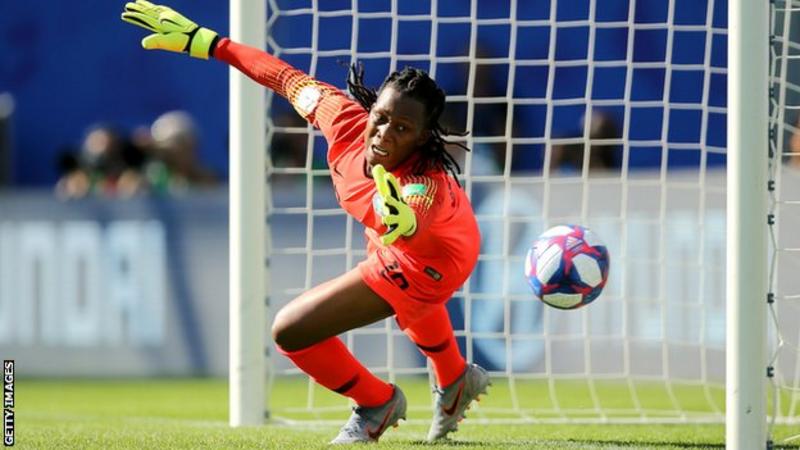 Nigeria’s Women World Cup goalkeeper Chiamaka Nnadozie has joined French club Paris FC Feminines but must return home to complete the necessary paperwork. The 19-year-old has sealed a one-and-a-half-year deal with the club from Nigerian giants Rivers Angels after impressing during last year’s World Cup. Nnadozie has had to return to Nigeria in order to finalise her residency and work permits, so will not be available to make her debut until the six-time French champions face Dijon on 8 February.

“Playing in a top European league is very important for her as a young goalkeeper and she has joined a top club,” one of her representatives said. Nnadozie, who becomes the second Nigerian in the French top flight after Guingamp’s Desire Oparanozie, has made a remarkable rise since playing for her country at youth level. She played three matches for the Super Falcons and kept a clean-sheet as they beat South Korea to reach the round of 16 in France last summer. A winner of the 2019 Nigerian League title with Rivers Angels, Nnadozie helped Nigeria win the regional WAFU Women’s Cup of Nations title and African Games gold in 2019. The 2019 African Women’s Football Player of the Year nominee will be aiming to follow in the footsteps of compatriot and former international Rachael Aladi Ayegba – the lone Nigerian goalkeeper to have played in the European Women’s Champions League.