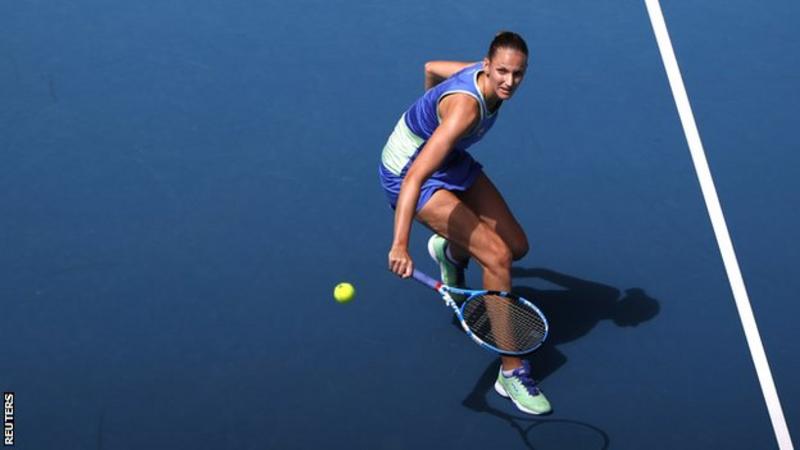 Second seed Karolina Pliskova has been knocked out of the Australian Open in a 7-6 (7-4) 7-6 (7-3) third-round loss to Russian Anastasia Pavlyuchenkova. Pliskova struggled with her returning game against the 30th seed who had lost their previous six matches. The 75-minute first set saw only two of the 16 break points converted before Pavlyuchenkova won the tie-break. Pliskova could not convert two set points in the second set and then lost a second tie-break to go out.

There was another surprise as Swiss sixth seed Belinda Bencic was blown away by Estonia’s Anett Kontaveit, losing 6-0 6-1 in only 49 minutes on Margaret Court Arena. Kontaveit, the 28th seed, won the first nine games as she completely dominated last year’s US Open semi-finalist. She will now play 18-year-old Pole Iga Swiatek who defeated 19th seed Donna Vekic of Croatia 7-5 6-3. Prior to Melbourne, the teenager had not been past the second-round stage at a Grand Slam. Plsikova’s conqueror Pavlyuchenkova, a quarter-finalist last year, joked in her on-court interview: “I’m really happy, but will realise it later because I’m still focusing on the next point. “I did enjoy the match – to beat Karolina for the first time was amazing. “I won the Australian junior title twice, it makes me think I can win the senior crown.” Pavlyuchenkova will next play 2016 champion Angelique Kerber, who was made to fight by Camila Giorgi but managed to win 6-2 6-7 (4-7) 6-3. It was a battle between Giorgi’s aggression and Kerber’s defence with the Italian’s 65 unforced errors key as the German 17th seed went through.