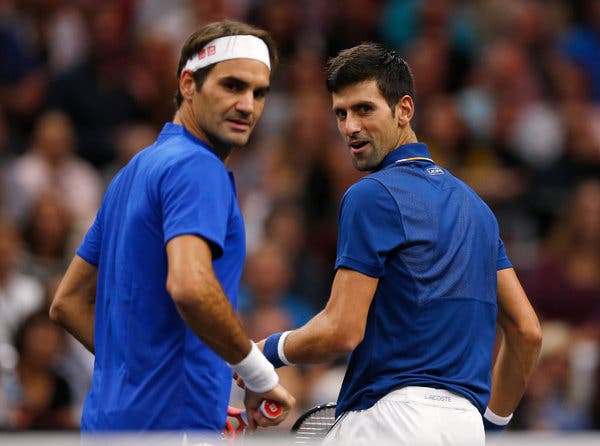 Defending champion Novak Djokovic set up an Australian Open semi-final against Roger Federer after producing another clinical performance to beat Canadian 32nd seed Milos Raonic. Djokovic dismantled Raonic’s potent serve to win 6-4 6-3 7-6 (7-1) despite an eye problem late in the third set. The Serb second seed, who is aiming for a record-extending eighth title, has lost just one set in Melbourne so far. Djokovic, 32, will meet Swiss third seed Federer in Thursday’s semi-final.

It is the pair’s first meeting at the Australian Open since Djokovic beat 38-year-old Federer in their 2016 semi-final. “He is one of the all-time greats and the match-ups against Roger and Rafa have made me the player I am today,” said Djokovic, who has won six of the last nine Australian Open men’s titles and is unbeaten this year. “I hope I can get just one match point against him. Let the better player win.” Federer defied age and logic once again to save seven match points before beating unseeded American Tennys Sandgren in a sensational Australian Open quarter-final. The out-of-sorts Swiss fought off form and fitness concerns before winning 6-3 2-6 2-6 7-6 (10-8) 6-3. World number 100 Sandgren looked set to be the lowest ranked player to reach the Melbourne semi-finals since 1991. But third seed Federer battled to win in three hours and 28 minutes.