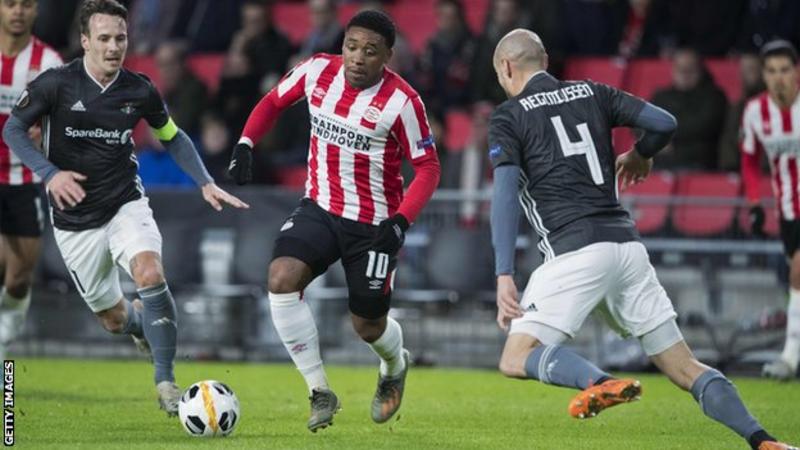 Tottenham Hotspur have signed Netherlands forward Steven Bergwijn for £27m from PSV Eindhoven on a contract that will run until 2025. Bergwijn, 22, has played 16 times for PSV in the Dutch Eredivisie this season, scoring five goals. He bolsters Spurs boss Jose Mourinho’s options in attack with England striker Harry Kane out with a long-term hamstring injury. Bergwijn came through the PSV ranks and made his first-team debut at 17.

He scored 31 goals in 149 appearances for the Dutch club and won three league titles. The forward has also earned nine caps for the Dutch national side. “I think it is an amazing move, an amazing club,” Bergwijn told Tottenham’s club website. “When I was a young boy I looked up to the coach, of course Mourinho, and now I play for him. “You have to believe in yourself and I know what I can bring to this club and this team – I am good with the ball and I can score. “They play good football and that is what I like, to play here is a dream for me. It is an honour.”