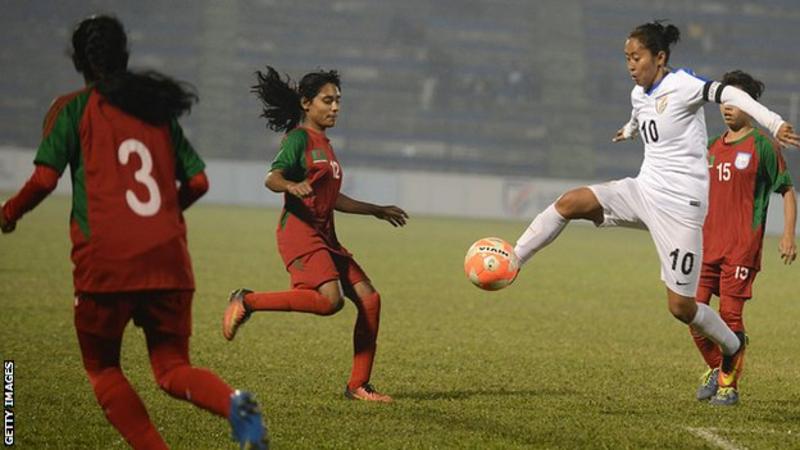 India top scorer Bala Devi’s groundbreaking move to Rangers “can be inspirational for players everywhere”, says manager Amy McDonald. Devi, 29, has joined the Scottish club from Manipur Police Sports Club on an 18-month deal and is the first professional Indian female footballer. The forward has 52 goals in 58 caps and scored more than 100 domestic goals.

“To play in Europe with one of the world’s biggest clubs is something I could never have dreamed of,” she said. “I hope my move to Rangers serves as an example to all the women footballers back home in India who dream of taking up the sport professionally.” Devi’s signing was facilitated by Rangers’ partnership with Indian Super League side Bengaluru FC, which was announced last September. McDonald says the player’s arrival is an “exciting signing on so many levels”, while Rangers head of academy Craig Mulholland described the move as “a huge step for the women’s game”.