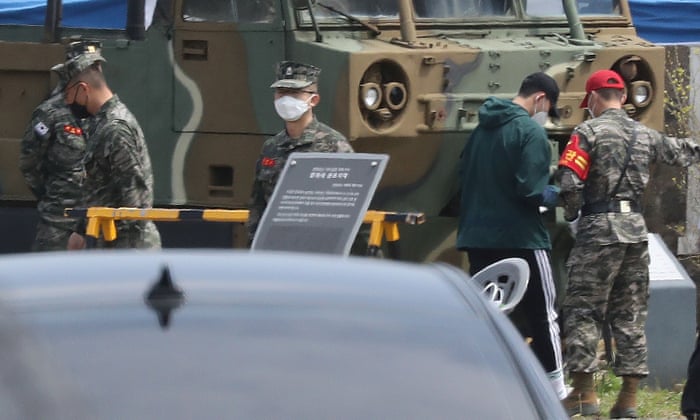 Tottenham forward Son Heung-min has commenced his three-week mandatory national service in South Korea. The 27-year-old is serving with the Marine Corps on the island of Jeju where he will undergo basic training. Son, who has completed a two-week quarantine following his return to South Korea, is required by law to carry out national service by his 28th birthday.

He was due to serve 21 months, but earned an exemption after being part of his national team to win the Asian Games in 2018 and only has to complete three weeks. Son and Spurs spied an opportunity with the Premier League suspended indefinitely, meaning the forward can get it out of the way before the resumption of the season. He is expected to return to London in the middle of May. But Son’s time with the Corps is not just a public relations exercise, he will be exposed to tear gas, go on lengthy hikes and be trained how to fire guns during his time on the island. The South Korea international suffered a broken arm in February and returned home for an operation, with boss Jose Mourinho expecting him out for the rest of the season. However, the coronavirus pandemic has allowed him to regain his fitness and also serve his country.