Nigeria striker Emmanuel Emenike says he and his Fenerbahce teammates were left in shock after their team bus was shot at by a gunman on Saturday night in Turkey. The Turkish league leaders were travelling to Trabzon airport to fly back to Istanbul, following their 5-1 victory over Rizespor, when the shooting happened. The driver was taken to hospital, but no players were injured in the attack which Emenike described as a ‘scary moment’. “The incident left several players in shock on a day we should be celebrating a big away win,” Emenike told BBC Sport.

END_OF_DOCUMENT_TOKEN_TO_BE_REPLACED

Liverpool Ladies striker Asisat Oshoala has arrived the Super Falcons camp ahead of the crucial final qualifying round, second leg clash of the 2015 All Africa Games against Mali.  Oshoala, who got her first English Women’s Super League goal a few days ago, joined her colleagues yesterday evening after six hours flight from Heathrow Airport, London to the Muritala Muhammed International Airport, Lagos before later connecting to Abuja. Still expected in camp is France-based Desire Oparanozie who plays for elite division side En Avant de Guingamp, and will join next week after playing a rescheduled league match on Saturday April 4. Super Falcons were held to a 1-1 draw in Bamako and will hope to silence their Malian counterparts at the National Stadium, Abuja on April 10.

Brendan Rodgers is hopeful Raheem Sterling’s contract situation at Liverpool will be resolved in the summer. The Reds manager feels the forward will be best served by remaining at Anfield and developing his career with the club for whom he has been a player since leaving QPR’s academy as a 16-year-old. Any talks over an extension to Sterling’s contract, which is due to expire in the summer of 2017, have been put on hold until the summer, with rumours circulating that the player is reluctant to agree to an initial offer which would put him on more than £100,000-per-week.

END_OF_DOCUMENT_TOKEN_TO_BE_REPLACED

Manchester United manager Louis van Gaal refused to rule out a late title charge after his side’s 3-1 win over Aston Villa. Two goals from Ander Herrera and a superb Wayne Rooney strike gave Van Gaal’s men victory on Saturday afternoon as they moved up to third in the Premier League table. Chelsea’s win over Stoke means United are eight points behind the league leaders with seven games left to play, but Van Gaal believes their fixtures in their run-in will keep them in the hunt. “We have to play against the first three in the league (Chelsea, City and Arsenal) and normally when you play against better teams with more points it’s not done yet,” he said. “We are looking up and we have to win every week but anything is possible. “We have made a big gap to fifth and we can suffer a defeat. “Liverpool is now eight points behind us and we are eight points behind Chelsea. We probably won’t be champions but we can give pressure.”

Chelsea striker Diego Costa is set to miss the next fortnight after suffering a recurrence of his hamstring injury, according to manager Jose Mourinho. The Spain forward was forced off after just 11 minutes of action as a second-half substitute during the Blues’ 2-1 victory over Stoke at Stamford Bridge. Costa was introduced at half-time by Mourinho as a replacement for Oscar, with the score at 1-1, but had to replaced himself with Didier Drogba coming on.

END_OF_DOCUMENT_TOKEN_TO_BE_REPLACED

Kano Pillars were only able to win 2-1 and were eliminated 5-2 on aggregated by Moroccan side Moghreb Tetouane in Saturday’s return leg in Kano. Nigerian champions Kano Pillars failed to win big against Mohgreb Tetouan and have crashed out of the Caf Champions League before the group stages for a third straight year. The Nigerian champions beat the Moroccans 2-1 at the Sani Abacha Stadium, but failed to overturn a 4-0 deficit suffered two weeks ago in Tetuouan.

END_OF_DOCUMENT_TOKEN_TO_BE_REPLACED 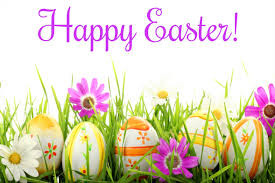 Today, Christians all over the world celebrate the Easter Sunday to commemorate the day that Jesus Christ rose from death after dying for our sins. We wish everyone peaceful celebration. Let’s share agape love today and always.

Fenerbahce’s team bus was shot at by a gunman after the Turkish Super Lig leaders’ 5-1 victory at Rizespor. The driver was taken to hospital but no players were injured in the attack, which happened while they were travelling to Trabzon airport. Prime Minister Ahmet Davutoglu said an investigation was under way.

END_OF_DOCUMENT_TOKEN_TO_BE_REPLACED

World number one Serena Williams thrashed Spain’s Carla Suarez Navarro to win her eighth Miami Open title. The 33-year-old raced to a 6-2 6-0 victory in 56 minutes to secure her third straight title at Crandon Park. The American won the final 10 games as she outclassed Suarez Navarro, who will make her top-10 debut next week. Williams said: “It feels really good to have eight under my belt. I’d like to believe the older I get, the better I get.”