Two people suspected of being involved in a gun attack on Fenerbahce’s team bus that left the driver in hospital have been detained by Turkish police. No players were injured in the incident, which took place as the team were travelling to Trabzon Airport after a 5-1 win at Caykur Rizespor. Trabzon governor Abdil Celil Oz claimed the attackers had fired two shots at the bus with a rifle. The Turkish Super Lig has since been suspended for a week. Celil Oz said two suspects were detained on Tuesday. 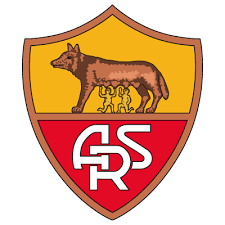 Italian side Roma have been ordered to close part of their stadium at their next home game after fans displayed banners insulting the mother of a Napoli fan who died following clashes between rival supporters last year. Serie A’s disciplinary tribunal said the banners were “by their content provocatively insulting to the mother of a supporter of the opposing team, who died in dramatic circumstances”. The mother of the Napoli fan has spearheaded a campaign against soccer violence since her son’s death.

Macedonia have sacked coach Bosko Gjurovski after a poor start to Euro 2016 qualifying which has seen them pick up just three points from five matches. No truth to the rumours that he was dismissed over that unforgivable mustard jacket.

McLaren driver Fernando Alonso says he is happy with the team’s progress after his difficult start to the campaign. The Spaniard blamed a “steering problem” for the pre-season crash that led to him missing the first race of the calendar in Australia. Alonso, 33, retired from the subsequent Malaysian GP but says he is looking forward to Sunday’s race in China. “That sort of progress really gives the whole team belief and confidence in the path we’re taking,” said Alonso. “The steps we took between Australia and Malaysia were extremely impressive.”

Russian Premier League side Torpedo Moscow will play two home games in an empty stadium in what is their fourth racism-related punishment this season. The Russian Football Union said Torpedo fans displayed a Nazi symbol during Sunday’s 3-1 win at Arsenal Tula. The punishment will take place in May, as Torpedo’s next two home games are already set to be behind closed doors. That follows an incident in which fans abused Zenit St. Petersburg striker Hulk with monkey chants.

Barcelona coach Luis Enrique has backed misfiring forward Neymar, who has not scored for the club in La Liga since 15 February. “I am not worried at all,” says Enrique, whose side play Almeria at home on Wednesday. “We are talking about an outstanding player, a top player. “And from what I see in training I am sure his scoring streak will soon return and he will be back on top form. “Now he is helping us in a less spectacular way, less visible for you, but he gives the team a lot of things that I consider important.”

English Football Association chairman Greg Dyke has returned a £16,000 watch given to him by the Brazilian Football Confederation (CBF). The commemorative gifts were handed out by one of the CBF’s sponsors to various people at the 2014 World Cup, including 28 members of FIFA’s executive committee. “Mr Greg Dyke has returned the CBF Parmigiani watch,” read a FIFA statement. “As a consequence, the adjudicatory chamber of the Fifa Ethics Committee has decided to close the proceedings in respect of a possible breach of the FIFA code of ethics.”

The president of the Confederation of African Football (CAF), Issa Hayatou, has called for the organisation’s 54 members to vote for Sepp Blatter in the Fifa presidential election in May. Blatter is the current incumbent and is going for a fifth term in his role but faces competition from Prince Ali bin Al Hussein of Jordan, Dutch Football Association President Michael van Praag and former Portugal international Luis Figo. “His action in favour of Africa speaks for him. To us, he is still the man of the situation,” Cameroonian Hayatou said at the start of CAF’s two-day general assembly in Cairo.

Manchester City’s defeat at Crystal Palace on Monday meant a fourth successive defeat on their travels as they dropped from second to fourth in the Premier League. They face a trip to rivals Manchester United on Sunday and City skipper Vincent Kompany believes the game could help his side rediscover their form. “A derby is a derby. It doesn’t matter what place you are in the league, it’s a derby. If anything, it’s a good moment to go into a derby,” Kompany told the Daily Mirror. “I guess the momentum is a little bit with our neighbours at the moment, but it’s the perfect place for us to go and try to rectify what we’ve had here [at Palace].”

Former South Africa striker Richard Henyekane has died in a car accident at the age of 31. The news was confirmed by his club, Free State Stars, who play in South Africa’s Premier Soccer League. Henyekane won nine caps for South Africa between 2009 and 2013. Last year, South African runner and former 800-metre world champion Mbulaeni Mulaudzi was also killed in a road accident.

China’s 2004 Olympic Games 110m hurdles champion Liu Xiang announced his retirement on Sina Weibo, China’s version of Twitter, on Tuesday (7). Liu became China’s first Olympic men’s champion in athletics when he won in Athens, equalling what was then the world record of 12.91. He then improved the world record to 12.88 in Lausanne, Switzerland, in July 2006 and won the gold medal over the barriers at the 2007 IAAF World Championships. Liu, one of his nation’s highest profile sports stars, is one of the official ambassadors for the IAAF World Championships, Beijing 2015, and will now be spending his time in the next few months helping to promote the championships. “I’m retiring. I want to start a new journey,” Liu said in a message posted to his blog, blaming injury for his decision. He added that he was, ”truly unwell and old and can no longer run and jump with you. Although it’s sad, although it’s painful, I really have no other choice.” The Shanghai native, now 31 hasn’t competed since failing to finish in his heat at the London 2012 Olympics after rupturing his Achilles tendon. He pulled out of the 2008 Games in front of a home crowd with a similar injury. Liu had talked about the possibility of making a return to competition this year, with the IAAF World Championships, Beijing 2015, as his target. “My foot told me no again and again, and there was no way it was going to be able to handle intense training and competition,” Liu commented on Tuesday. ”I hate my foot, I love my track and my hurdles so much, and if I hadn’t injured my foot … but then there are no ifs in this world. I injured myself, and can only accept it silently.” He added that hopes now to contribute to Chinese sports development and help increase China’s influence within the athletics world.

Former number one Tiger Woods believes he is in the right shape to win a 15th major as he declared himself ready for the Masters, which begins on Thursday. Woods, who is now world 111, has been working on his game since carding a career-worst score of 82 at the Phoenix Open, before injury saw him withdraw from the Farmers Insurance Open. “I felt like I had to get my game into a spot where I could compete to win a golf tournament,” said the 39-year-old. “And it’s finally there.” Woods has not won a major since the 2008 US Open and the last of his four Masters wins was a decade ago, with the Californian only confirming on Friday that he would compete at Augusta. He impressed in his practice round on Monday, showing no signs of the chipping “yips” which blighted his performance in Phoenix. Woods completed the front nine at Augusta alongside long-time friend Mark O’Meara, before playing the 10th and 18th alone.

Manchester City slip to a 2-1 loss at Crystal Palace, a fourth straight away defeat and one that deals a potentially terminal blow to their hopes of retaining the title. City are now fourth, nine points off Chelsea’s lead. The side expected to provide the sternest challenge for Jose Mourinho’s team are ending the season with a whimper rather than a bang. Last season saw one of the closest title races on record. This season – with seven games still to go – is it already done and dusted?