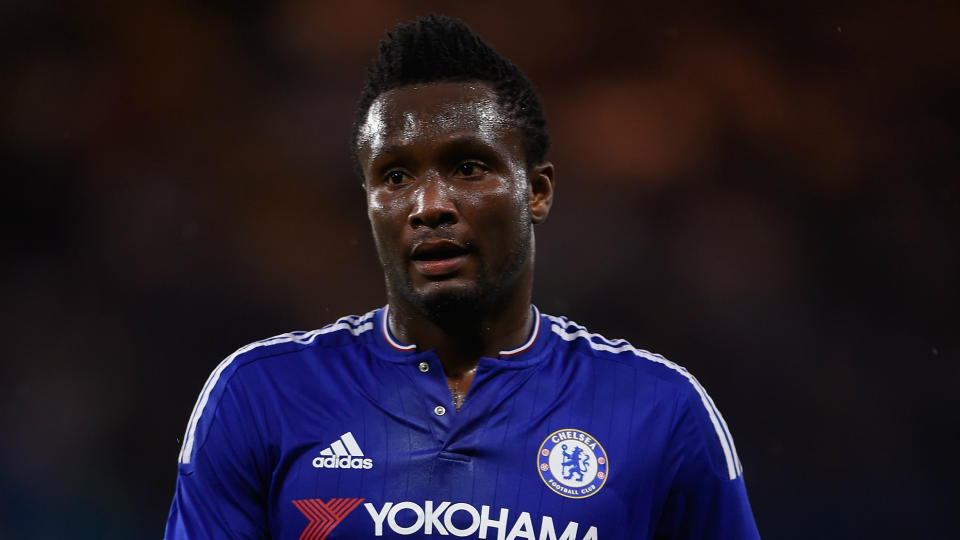 Chelsea midfielder John Obi Mikel is loving life under new manager Guus Hiddink and is confident the Dutchman can get the reigning Premier League champions back on track. Hiddink was brought in to replace Jose Mourinho after the Portuguese was fired following Chelsea’s dismal start to the season. Former Netherlands boss Hiddink was in the stands to watch Chelsea’s 3-1 victory over Sunderland last weekend and Mikel is pleased to be reunited with the 69-year-old after his previous tenure in 2009. “He is still the same man. He likes to get involved in training, have a bit of banter with the players but at the same time it is all serious business and that is what we need,” Mikel told the official Chelsea website. “He is always like a father figure to the team, speaking to the players individually, putting an arm around them and getting feedback from the team on what we think problems are and then trying to fix them.

“He knows exactly what he wants to do and he did it last time he was here and I think it is going to go the same way. He is going to demand a lot from the players, push everyone to the maximum in training so that when we get to the games we can perform well. “In matches he wants his teams to react when you lose the ball, to press and recover it and then play and create chances, and create a lot of them to win games. “Also to finish the chances because we have been playing some good football but not getting the goals we deserve so that is one thing the manager will want to bring into the team. “He will want us to get into the box and make sure we get onto those crosses that are coming in. I think he is going to bring changes to the play and everyone is on board so we achieve those.”

…..Remember to check comments on the blog. You might be lucky. Drop a comment to let us know you have been lucky and then we replenish. Wink!