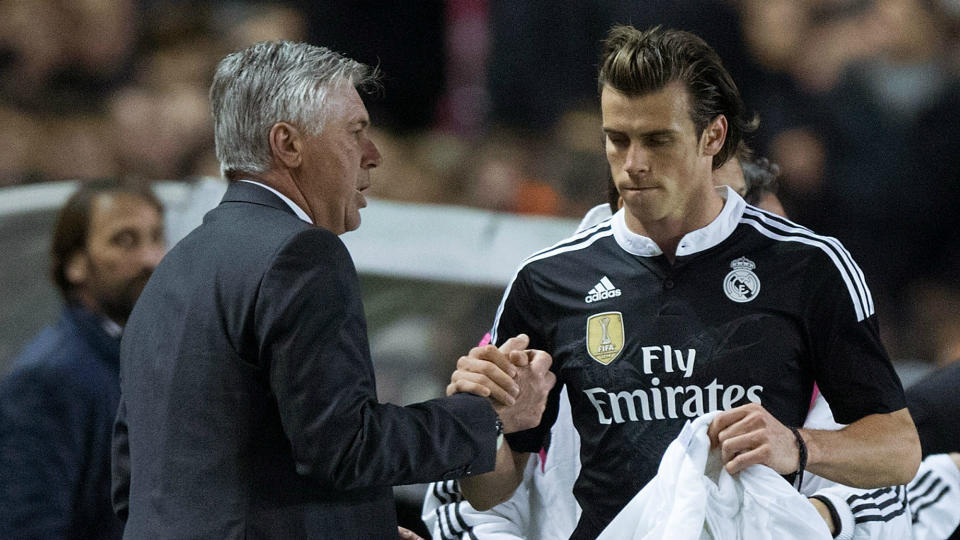 Former Real Madrid coach Carlo Ancelotti has hit out at Gareth Bale over the Welshman’s decision to instruct his agent to talk to club president Florentino Perez over his unhappiness rather than approach him directly. Bale was a key figure for Madrid in Ancelotti’s first season in charge, scoring crucial goals in both the Champions League and Copa del Rey finals. Ancelotti’s relationship with the former Tottenham star deteriorated in 2014-15, though, as Bale demanded to play in a more central position, much to his coach’s dismay. “One morning in March I received a phone call from the Madrid general director saying that the president wanted to speak with me at the end of training that day. This was very unusual. When I visited the president, he told me that Bale’s agent had been to his office to speak about the ‘Bale situation’,” Ancelotti writes in his book ‘Quiet Leadership: Winning Hearts, Minds and Matches’.

END_OF_DOCUMENT_TOKEN_TO_BE_REPLACED

Some Liverpool fans have made online releases of the banners they have made for display during the Europa Cup finals tomorrow. Liverpool play Sevilla tomorrow in Basel, Switzerland and the fever is already on.

END_OF_DOCUMENT_TOKEN_TO_BE_REPLACED

Antonio Conte may be in for a bumpy ride when he becomes Chelsea manager this summer if his fellow Italian Carlo Ancelotti’s memoirs are anything to go by. Ancelotti, manager at Stamford Bridge from 2009 through 2011, has given an insight into the demanding role at Chelsea while working under the club’s owner, Roman Abramovich. In an extract of Ancelotti’s autobiography, Quiet Leadership: Winning Hearts, Minds and Matches, published in The Times, the incoming Bayern Munich manager writes about his first warning from the Russian oligarch. It came following a 3-1 defeat to Wigan Athletic when Chelsea was top of the Premier League, having won 16 of the first 18 games in all competitions. Ancelotti, former AC Milan manager, describes it as a “blip” but says Abramovich came to the Cobham training ground “demanding answers.”

END_OF_DOCUMENT_TOKEN_TO_BE_REPLACED 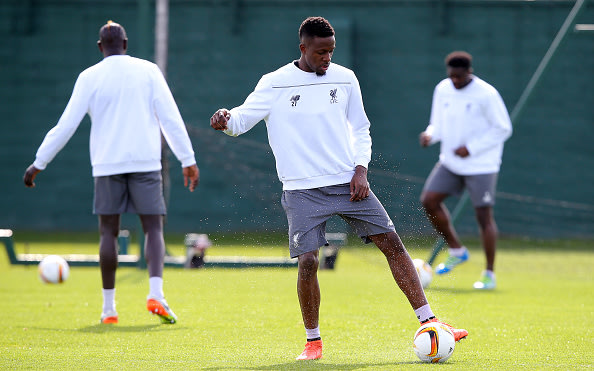 Liverpool have been handed a massive boost ahead of their Europa League final clash against Sevilla after Divock Origi returned to the first-team following his recovery from an ankle surgery. The striker has travelled with Jurgen Klopp’s 22-man team to Basel where they will try to deny the La Liga club a third consecutive Europa League crown. According to the Liverpool Echo, the Belgium international came through unscathed in Monday’s training session and will be included in the final 18-man squad on match day. Origi is likely to start on the substitutes’ bench with Daniel Sturridge leading the line as they look to seal a place in next season’s Champions League and win their first trophy under Klopp.

END_OF_DOCUMENT_TOKEN_TO_BE_REPLACED

Leicester boss Claudio Ranieri has been named manager of the year by the League Managers’ Association. The 64-year-old Italian was honoured after leading the Foxes to their maiden top-flight title in his first season with the club. Ranieri is only the second non-British or Irish manager to win the prestigious accolade after Arsenal’s Arsene Wenger, who won it in both 2002 and 2004. The Leicester boss had already picked up three manager of the month awards in the course of his side’s remarkable campaign, and was named Italian manager of the year in his homeland last month.

Paris Saint-Germain president Nasser al-Khelaifi has revealed that the French champions plan to name a stand after departing striker Zlatan Ibrahimovic. Ibrahimovic, 34, announced last Friday that he would be quitting the French capital this summer, although PSG said he had agreed to return in a management role once he has retired. On Saturday, the Sweden captain scored twice in his final home game for PSG in their 4-0 win over Nantes. In doing so, he surpassed Carlos Bianchi’s club record of 37 Ligue 1 goals in a single season, meaning he has now netted 154 times in all competitions since moving to Paris from AC Milan in 2012. Speaking on Saturday, Al-Khelaifi said that PSG would be “proud” to honour their all-time leading goal scorer when he leaves. “We tried to do everything for him because he deserves everything,” Al-Khelaifi told Swedish TV station SVT after the club and PSG supporters paid tribute to Ibrahimovic at the Parc des Princes. “Honestly one thing I forgot in my speech is that we’re going to call one of the tribunes [stands] under his name…I hope that we did enough for him because he deserves always more.”