The Manchester United kit is on its way to Wembley ahead of tomorrows FA Cup final against Crystal Palace. Just as well it’s going a day before, they might have had to play in their skins, with their record of arriving on time in the capital this season.

New Aston Villa owner Dr Tony Xia has said the club’s next manager will be given up to £50m to spend to get the club back into the Premier League. The Chinese businessman also confirmed former Chelsea and West Brom boss Roberto di Matteo is in contention for the managerial vacancy. Xia bought the club from Randy Lerner this week for £60m, subject to Football League approval. “We will have a budget from £20m to £30m to £40m to £50m,” he said.

Steven Gerrard and Frank Lampard are among the top five earners in Major League Soccer, with ex-Real Madrid star Kaka the league’s highest-paid player. Former Liverpool and England captain Gerrard, 35, is paid a total of $6,132,500 by LA Galaxy. Fellow midfielder Lampard, 37, who joined New York City last year, earns $6,000,000. Former world player of the year Kaka, 34, earns a league-record $7,167,500 at Orlando City. The lowest-paid player in the league, according to the figures released by MLS Players’ Union, is Montreal’s Belizean forward Michael Salazar. The 23-year-old collects $51,492 a year – a sum Kaka can earn in less than three days.

END_OF_DOCUMENT_TOKEN_TO_BE_REPLACED

Roger Federer has withdrawn from this year’s French Open after failing to recover from a back injury. The 34-year-old did not play in the Madrid Open earlier this month after hurting his back during practice for the tournament. Federer returned for the Italian Open but was beaten in the third round by Dominic Thiem. “I have been making steady progress, but I am still not 100%,” said the world number three. “I feel I might be taking an unnecessary risk by playing in this event before I am really ready. “This decision was not easy to make, but I took it to ensure I could play the remainder of the season and help to extend the rest of my career.” It means Federer will miss a Grand Slam for the first time this century. The Swiss has struggled with injury this year, having undergone knee surgery after January’s Australian Open. The former world number one returned for the Monte Carlo Masters in April and reached the quarter-finals, where he was beaten by Jo-Wilfried Tsonga. Federer, winner of the 2009 French Open, has played just four events in 2016. 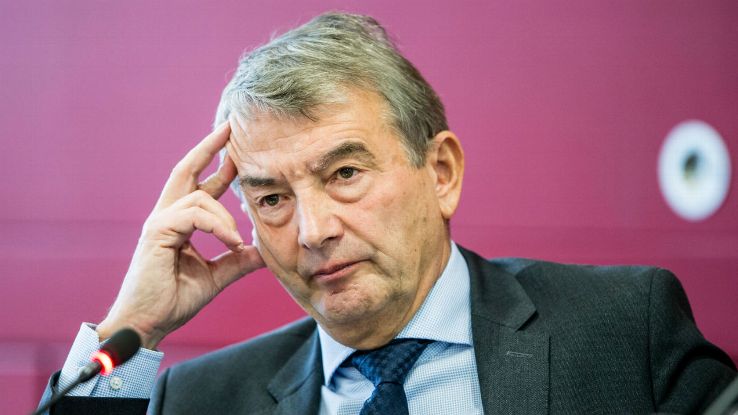 The FIFA ethics committee has opened proceedings against FIFA Council and UEFA executive committee member Wolfgang Niersbach, the ex-president of the German Football Association. The adjudicatory chamber has recommended a two-year ban from all football related activities for Niersbach, who resigned from his post at the German FA in November over a FIFA payment that has resulted in a tax evasion investigation.

Al Merreikh official Hatim Mohamed Ahmed is being investigated by the Confederation of African Football after he appeared to hit Gabonese referee Eric Otogo-Castane in the face. The incident occurred in the 84th minute of Wednesday’s Confederation Cup match between Sudan’s Al Merreikh and Kawkab Marrakech of Morocco. CAF is reviewing the incident and awaiting the match officials’ report. Kawkab won the match 2-0 – with two penalties – for a 2-1 aggregate win. CAF director of communications Junior Binyam said: “Investigations are being carried out and the the case will be submitted to the disciplinary jury.” Kawkab were 1-0 up in Wednesday’s second leg of the play-offs tie – with the score 1-1 on aggregate – when a number of Merreikh club officials entered the field. In the ensuing melee, Al Merreikh’s director football Hatim lashed out with his left arm and seemed to strike Otogo-Castane on the right side of his head. After play resumed, Kawkab went on to win an 89th-minute penalty which they converted to earn their place in the group stage of Africa’s second tier club competition.

A second schoolgirl from the more than 200 seized in the Nigerian town of Chibok has been found, the army says. But a spokesman for the Chibok girls’ parents has cast doubt on the claims, saying that the girl’s name is not on the families’ list of those missing. An army spokesman said Serah Luka was among a group of 97 women and children rescued by troops in the north-east. Islamist militant group Boko Haram has abducted thousands of other girls in recent years, rights groups estimate. This comes two days after the rescue of the first Chibok girl, Amina Ali Nkeki. In its initial statement after Ms Nkeki was found, the army identified her by a different name.