Francesco Guidolin made a surprise appearance in the same hotel where his successor Bob Bradley was about to be unveiled as Swansea manager on Friday afternoon. Italian Guidolin, sacked by the Swans on Monday, spoke to a Swansea official – who explained the press conference was due to take place – before walking away. It is understood Guidolin had arrived for a meeting of his own and had not realised Bradley would be present. Swansea usually hold press conferences at their own Liberty Stadium, but that was unavailable on Friday due to the Ospreys’ rugby match against Cardiff Blues.

Tiger Woods has confirmed his entry for next week’s Safeway Open in California. The 40-year-old had always intended to make his comeback from injury at Silverado in Napa, having not played a competitive round since August of last year. Woods has been sidelined by serious back problems for a number of years, having undergone three operations during a 19-month spell.

END_OF_DOCUMENT_TOKEN_TO_BE_REPLACED

World champion pole vaulter Shawn Barber was right to compete at the Olympic Games despite testing positive for cocaine ingested during a sexual encounter, says Athletics Canada. The 22-year-old avoided a two-year ban after successfully arguing that the drug was passed on through “kissing”. An independent arbitrator ruled no fault or negligence by Barber, who finished a lowly 10th in Rio. Athletics Canada called the decision “fair and reasonable”.

END_OF_DOCUMENT_TOKEN_TO_BE_REPLACED

You wonder where he is. Well, former Arsenal striker Marouane Chamakh is the latest target for new Cardiff City manager Neil Warnock. Chamakh, 32, did not have his contract renewed by Crystal Palace last season, so is available as a free agent. The Moroccan had a three-year spell at Arsenal, plus loan spells at West Ham United and Palace before joining the Eagles on a permanent basis in 2014. The Bluebirds are expected to confirm the signings of Junior Hoilett and Sol Bamba as well as Chamakh, in time for the opening game under Warnock at home to Bristol City, on Friday, October 14. 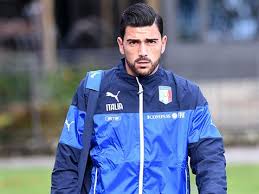 Italy have sent striker Graziano Pelle home after he refused to shake the coach’s hand after being brought off against Spain. The ex-Southampton forward, who now plays in China, was substituted by Giampiero Ventura in the 1-1 draw against Spain on Thursday. But he walked past Ventura and ignored his outstretched hand as he made his way off the pitch for Ciro Immobile. Italy were 1-0 down at the time. “Being part of the national team begins with showing respect for the staff, team-mates and fans,” read an Italian Football Federation statement. “The head coach together with the FIGC has decided to exclude Graziano Pelle due to his disrespectful behaviour.”

Eibar team-mates Antonio Luna and Sergi Enrich have apologised after a video appeared online of them having sex with a woman. The players released a joint statement saying that they were not responsible for leaking the video of a “private act involving fully consenting adults”. The pair were dropped for Eibar’s friendly against fellow La Liga side Leganes on Wednesday. The statement, signed by both players, added: “We hope this incident won’t degrade the image of the club or of our team-mates.” They added they were sorry if the video “offended our fans and the city of Eibar in general”