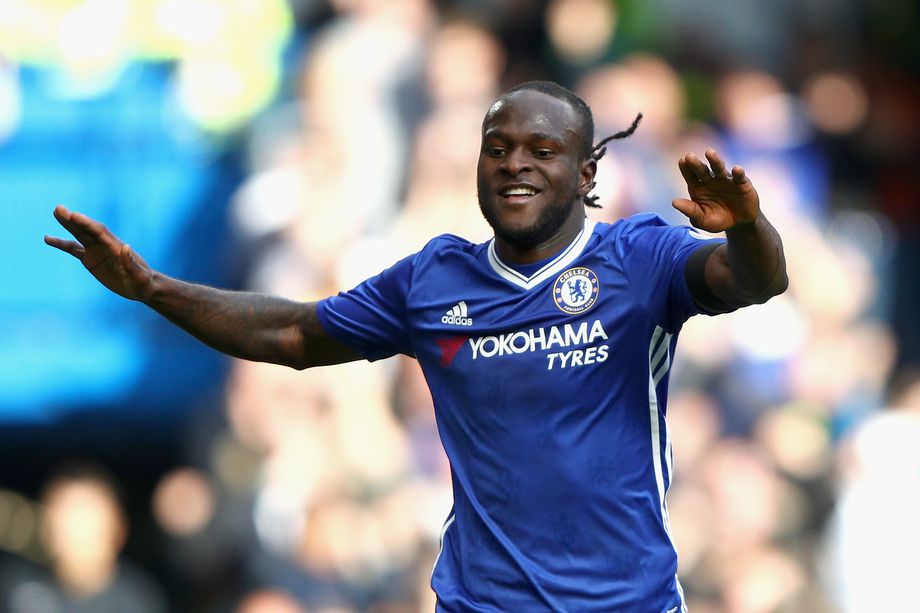 The institution of Chelsea’s robust 3-4-3 system has been nothing short of a revelation. When Chelsea were trailing 3-0 at half-time against Arsenal, no one could’ve foreseen the series of five successive clean sheets that would follow, attaining the maximum 15 points available in the process. Despite the impracticality and the unlikelihood of this absurd turn of events, this is exactly what the Pensioners have achieved. A side tainted with defensive ineptitude and a frustrating tendency to concede ‘soft goals’ have been transformed into a rigid and formidable defensive unit, currently flaunting the second best defensive record in the league. This evolution has been utterly staggering, especially considering the pitiful standards achieved last season. One of the most prominent beneficiaries and influencers of this new system has been Victor Moses.

Victor Moses’ journey to become a Chelsea regular has been a truly unorthodox expedition. Following an impressive debut season, scoring 11 goals in 43 appearances, Moses was primed to continue his development as a Chelsea player. The Blues’ successful Europa League conquest was an excellent indicator of how vital the winger could be, contributing four goals in the knockout stages. To further reinforce his efforts to claim a place in Chelsea’s first-team, he was exceedingly impressive during the following pre-season — not for the last time in his Chelsea career. Contrary to expectations, Jose Mourinho was not a fan, claiming instead that a loan move would be the best for both the player and the club. The Nigerian spent the next three seasons traveling around the Premier League, spending time with Liverpool, Stoke City, and West Ham United before eventually returning to South West London. In a total of 71 appearances on loan, Moses had managed just a tame total of 8 goals. It seemed that Moses was always on the periphery of a starting eleven, yet failing to receive consistent opportunities to demonstrate his abilities. His loan career was largely reduced to substitute appearances; combined with the constant relocation from team-to-team was a disastrous concoction that appeared destined for failure. Without any sense of continuity or regularity to guide his progression, was it any surprise that Moses had failed to flourish at any of his respective loan clubs? As usual, Moses returned to Chelsea this summer, where an unknown situation awaited him. It was the first Mourinho-less pre-season at Chelsea for Moses and perhaps unsurprisingly, the outcome was different as well. While Mourinho’s judgment was seemingly set on Moses not being of a required standard to represent Chelsea Football Club, Conte’s attitude was refreshing and fair in equal measure. The impassioned Italian’s assessment of his squad was equitable, and consequently, Moses was handed the opportunity for which he persevered over the past few years. Even before the introduction of the 3-4-3 system, Moses had made five substitute appearances and consecutive starts in the league cup — scoring two goals. Since the induction of the new system, Moses has been operating as the right wing-back, a brand new position for him yet one in which he has excelled. The 25-year-old has started the previous five league fixtures, during which the Blues have displayed their best defensive form for over seven years. It’s astonishing that a player who was seemingly just another casualty of Chelsea’s controversial loan system has transformed into an important first-team member. Throughout his entire career, Moses has been renowned for his attacking quality — switching to a more defensive role was not the obvious path to excellence for him to take. His adaptation to his new position has been breathtakingly seamless. He is the product of Conte’s tactical excellence. Victor Moses’s attitude is exemplary, and he’s reaping the benefits of playing in Conte’s new system. While Moses new role may be a surprise, but it does empower him to utilize his two primary strengths, dribbling and physicality. Chelsea are endowed with plenty of creative talents — many of whom are recognized for their dribbling ability — but none of them are as direct as Victor Moses. He’s fearless when advancing, especially at pace, and driving forward from deep positions has become his Chelsea trademark. He poses a threat with each foray forward and has been responsible for scoring two league goals while also creating eight chances. Moses’s defensive involvement, proficiency, and reliability has been even more impressive. He has registered a total of 17 clearances and 10 interceptions, and his absence in Chelsea’s 2-1 defeat to West Ham demonstrated just how pivotal of a role he plays in the new 3-4-3 system. Just as Marcos Alonso on the left side, he’s responsible for providing width to the attack and advancing past the forwards, yet also dropping deep while defending to form a five-man wall. It’s a role that requires tremendous stamina, which is where Chelsea’s reduced schedule does help. Six months ago, it would have been extremely difficult to see how Chelsea could become reliant on Moses, yet today it’s hard to envisage how the 3-4-3 system would efficiently operate without him. Chelsea have been revitalized, and it is unquestionable that Moses has contributed greatly to this dramatic change of fortune. It’s still early days of course, and Moses’s remarkable tale is far from over, yet the first signs of his life as a wing-back have been exceedingly auspicious.