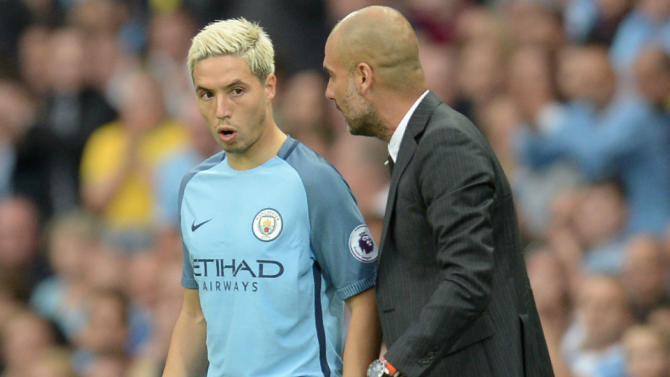 Manchester City midfielder Samir Nasri, now on loan at Sevilla, has been talking to French show L’Equipe du Sour about the changes Pep Guardiola has made at City. “When I came back for pre-season, he told me my weight should be 76 kilos. The last time I was that weight was when I was at Marseille. “He wants his players to be slim and fit. He banned a lot of things in the kitchen but the biggest anecdote is that he says before a day off, those who want to have (sexual) relations, it’s before midnight. And that’s with a day off the next day. “It’s because he wants you to have a good night’s sleep. He said he told that to Lionel Messi, who since then does not get muscle injuries. And with Robert Lewandowski, who he dropped to the bench to make him understand certain things.”