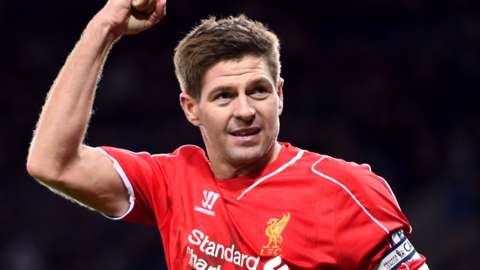 Ex Liverpool skipper Steven Gerrard will play for the club in an end-of-season friendly in Australia. The Reds will face A-League side Sydney FC at the ANZ Stadium on 24 May and former defender Jamie Carragher, 39, and ex-Anfield winger Steve McManaman, 45, both now television pundits, will also feature, along with Danish ex-defender Daniel Agger, 32. “I thought we have to show the whole LFC package – that means the actual squad and a few of our legends,” Jurgen Klopp explained. “They are still young enough and look good enough in the kit that we can show them.”