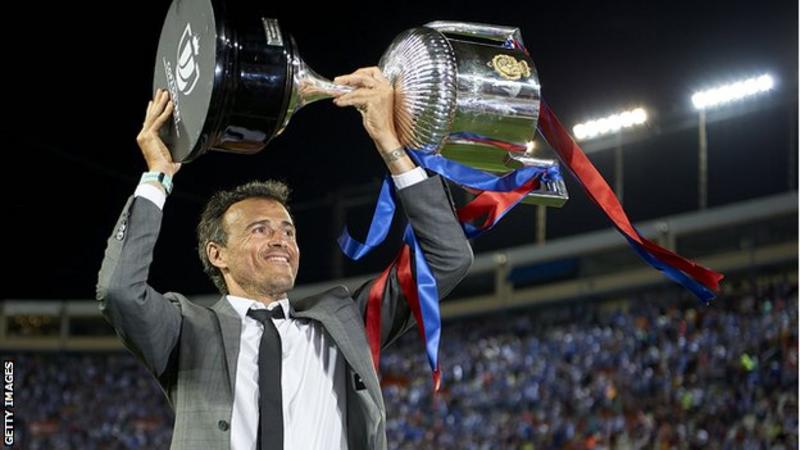 Ex-Barcelona and Roma coach Luis Enrique has been appointed as Spain manager on a two-year contract. The 48-year-old former Spain midfielder replaces Fernando Hierro, who stepped down as interim boss on Sunday. Hierro – who is not returning to his role as sporting director – was placed in temporary charge of the team after Julen Lopetegui was sacked on the eve of the World Cup. Enrique has been out of management since leaving the Nou Camp last June.

Spanish Football Federation (RFEF) president Luis Rubiales said: “The decision was unanimous. I like his commitment and he has turned down better-paid jobs in order to coach Spain. “He’s a coach who has all the requirements the federation was looking for.” He takes charge of a team that were knocked out of the World Cup at the last-16 stage on penalties by hosts Russia. Enrique, who played for Real Madrid and Barcelona, won the La Liga, Spanish Cup and Champions League treble as Barca manager in 2015. His first game in charge will be a Uefa Nations League game away to England at Wembley on 8 September. The RFEF announced his appointment on Monday and also named Jose Francisco Molina, a former Spain keeper, as their sporting director.

Enrique was in the Spanish team as a midfielder when Nigeria beat Spain 3 – 2 at the 1998 world cup in France.