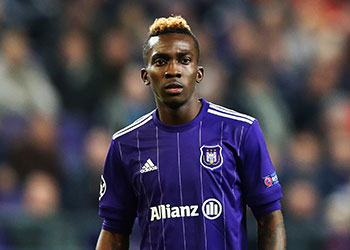 Super Eagles and Everton striker Henry Onyekuru has joined Galatasaray on a season-long loan, the Turkish club have confirmed. The 21-year-old signed for the Toffees last summer before being loaned to Belgian side Anderlecht to help him qualify for a work permit. Onyekuru scored nine goals in 19 appearances for Anderlecht but suffered a serious knee injury in December and returned to Merseyside for treatment.

He was originally signed from Belgian club KAS Eupen for £7m. Born in Onitsha, Nigeria, Onyekuru joined the Aspire Academy aged 13 and spent five years at the Doha-based facility before joining Eupen. In two seasons at the Belgian top-flight club he scored 30 goals in 60 matches in all competitions.