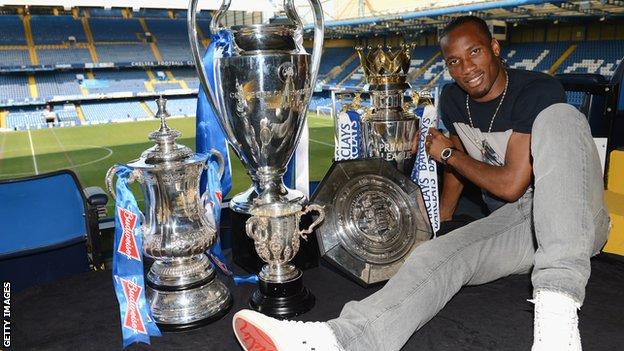 Chelsea legend Didier Drogba has confirmed his retirement from playing, ending “an amazing 20 years”. The Ivory Coast striker, 40, had two spells at Chelsea, scoring 164 goals in 381 games and winning four Premier Leagues and the 2012 Champions League. He spent the last 18 months of his career with US side Phoenix Rising, the club he co-owns. “After 20 years, I have decided to put an end to my playing career,” he told BBC World Service’s Sportshour.