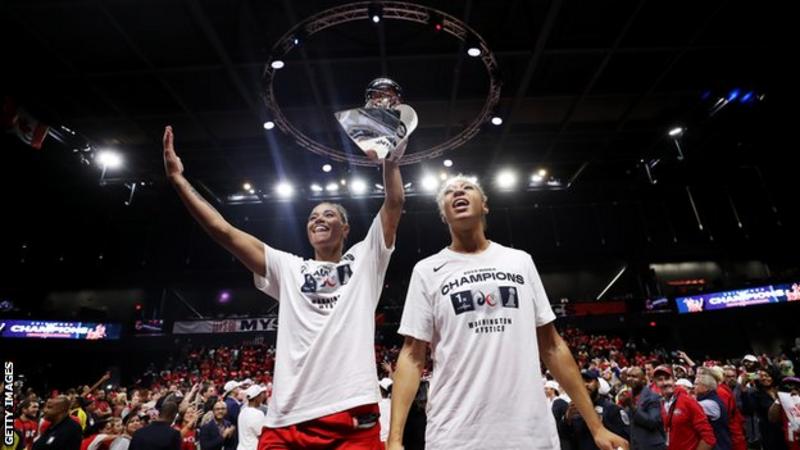 The Washington Mystics beat Connecticut Sun in a winner-takes-all game five to clinch their first Women’s National Basketball Association Finals title. The Mystics, who held the league’s best record, defeated Connecticut 89-78 to take the series 3-2 in front of a home crowd on Thursday.

“I’m just so proud of this team,” WNBA league MVP Elena Delle Donne said. “Every single person deserves this.” The Mystics were beaten by Seattle Storm in last year’s Finals. Belgium’s Emma Meesseman scored 22 points off the bench and was named series MVP, while Delle Donne, who suffered a herniated disc during the series, added 21. Meesseman, who missed last year’s Finals, was dubbed the “missing piece” by her team-mates. She said she just did what she had to “to help my team win a championship”. The title is the first WNBA championship for Mystics coach Mike Thibault, a former NBA assistant who switched leagues 16 years ago to coach Connecticut, where he remained for 10 years. Jonquel Jones tallied 25 points and nine rebounds for the Sun, who were appearing in their first WNBA Finals in 14 years.